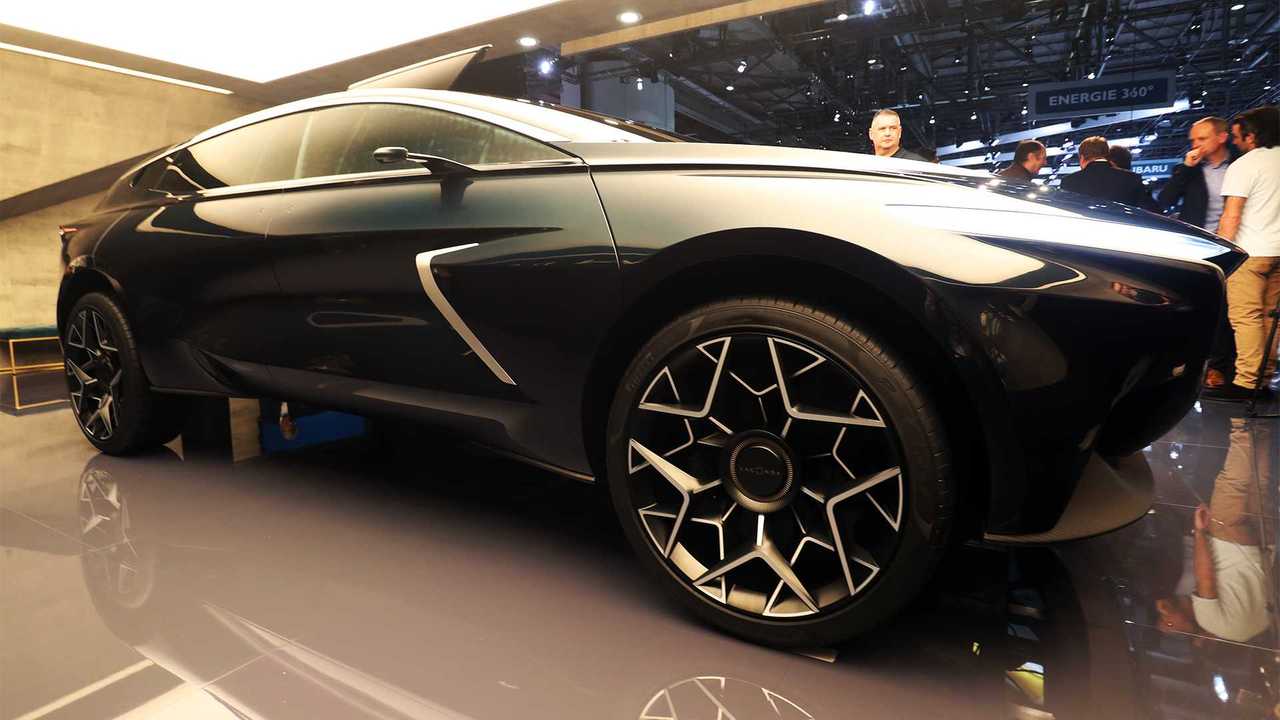 Following in the tread marks of last year’s aero-inspired Lagonda Vision Concept, the All-Terrain Concept cribs its looks from the nautical world. The finished product is handsome, if a smidge too MPV-like for our tastes.

With the car in its autonomous driving mode, the driver and front passenger can swivel their seats around to face those in the crossover's rear bucket seats. Those in the back enter by way of rear-hinged doors that afford easy ingress and egress to the rear seats. Arguably, the standout interior detail of the All-Terrain Concept is its physical key, which levitates in between the two front seats by way of electromagnets.

Power for the All-Terrain Concept comes courtesy of electricity, with the crossover's battery pack located under its floorboards. Meanwhile, a shelf under the rear cargo floor extends out and serves as a seating perch for tailgating or whatever it is Lagonda drivers do.

While the All-Terrain Concept is just that (a concept), the Geneva show car is due to spawn a production variant in 2022. Lagonda will build the crossover in its facility in St Athan in Wales.

The other British crossover...