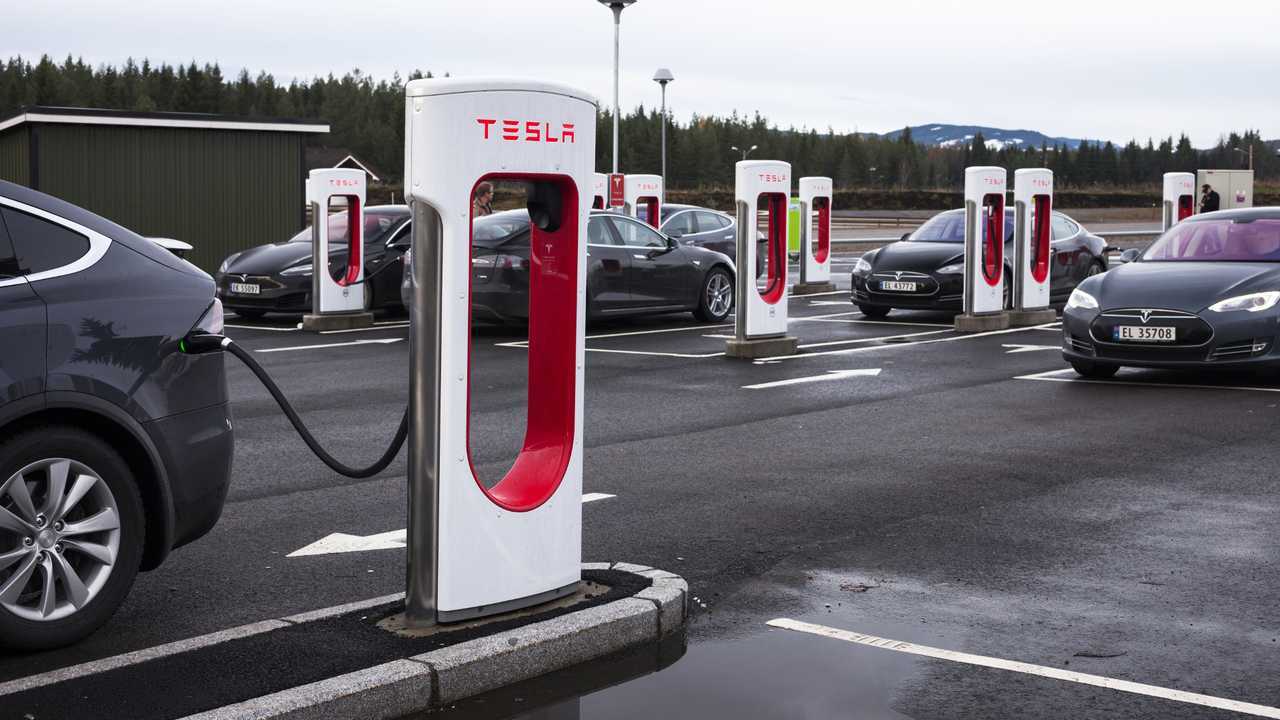 But he had been given permission to park there.

Actor Ralf Little was met with grief after he parked his hybrid BMW i8 in a parking spot designated for Teslas.

Posting on Twitter, the Royale Family and Two Pints of Lager and a Packet of Crisps star share a pair of notes left on his car. One note read: "Very unpolite [sic] to park here! By the way your car is not electric but just a stupid hybrid show off."

The other note was signed off with: "It's one thing dreaming of owning a Tesla, it's another thing owning a s***** hybrid!"

Hitting back at the messages, Little branded Tesla drivers as 'kinda d****', adding that he had permission to park and charge his car in the Tesla-branded supercharger spot.

"Management said it was okay to park in one of the (many going spare) Tesla charging spaces, even though I drive a BMW hybrid," Little tweeted. "I wanted to charge my car and was told they would work."

Little went on to discuss his motoring history, saying that he switched to his BMW after previously owning an Aston Martin.

"The reason I haven’t been interested in Tesla yet is none are pretty enough for my tastes," he said. "Mine is most beautiful car I’ve ever had (apart from Aston Martin but don’t want to go back to petrol for environment)."

"Until now no Tesla has come near it for looks," he added, while also saying that the high price point of Teslas right now were also a downside.

"The new Roadster is stunning and I would have it in a heartbeat. Too expensive though," little posted. "When the Roadster comes down from its astronomical pricing then it’s maybe time for a change."