Toyota Supra sampled on track by Fernando Alonso and friends 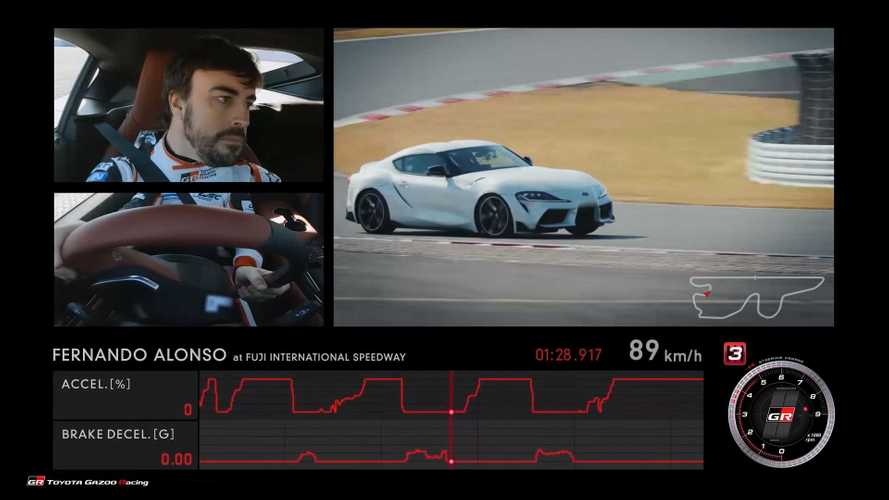 Spoiler alert: They all love the Supra.

Ever since the new Toyota Supra debuted in January there’s been a bit of controversy surrounding the storied nameplate. Specifically, it seems some purists simply can’t process the Toyota/BMW partnership behind the car and abhor any Supra without a Toyota-built 2JZ engine under the bonnet. At this point, all indications point to this car being amazeballs to drive, but we can’t shake the feeling that Toyota is working overtime on PR to prove it. Hence the veritable cornucopia of videos that just went up on Toyota Gazoo Racing’s YouTube channel, featuring smiling race car drivers lapping the Supra at Fuji Speedway. That is, with one exception.

In this case, veritable cornucopia translates to 22 individual videos, each about four minutes long. For the sake of bandwidth on whatever device you’re using, we won’t embed them all here (you can see each at Toyota Gazoo source link included at the bottom of the article) but we will touch on three from some rather notable racing pros. First up is two-time F1 champion Fernando Alonso, who had good words for the power, acceleration, brakes, and the Supra’s inline-six sound.

Here’s the exception to Fuji. Toyota is swapping out its Camry for the Supra in NASCAR, and long-time Toyota driver Kyle Busch took a production-car prototype around Charlotte Motor Speedway in North Carolina. His experience was decidedly more giddy versus Alonso’s time in the driver seat, with Busch letting loose a few whoops and evil-sounding laughs.

The last video we’ll feature here offers some input from the world of rally. WRC pro Jari-Matti Latvala tossed the Supra around Fuji with his co-driver Miika Anttila riding shotgun, and curiously, he was the only person in these three videos to directly liken the Supra to a race car. His primary Supra takeaway was the superb steering feel and lack of understeer – two aspects we’d expect to hear about from a rally driver.

We’ve already driven the Supra prototype loved it. With production models slated to hit dealerships this summer, we can’t wait to spend more time with Supra in an everyday environment.