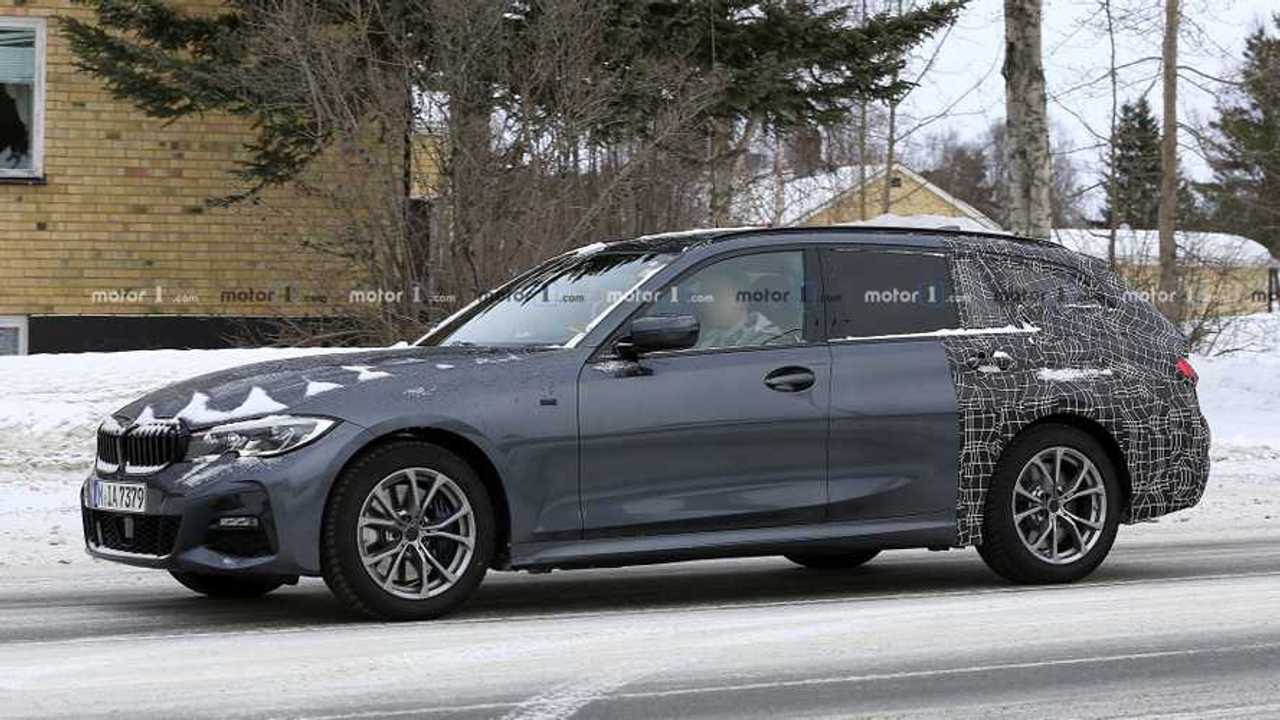 This is probably the last time we'll see the car wearing camouflage.

Here’s one last look at the forthcoming long roof 3 Series Bimmer wearing the smallest amount of camo at the rear, as if we wouldn’t notice the difference between it and the sedan. The new estate is expected to debut next week at the Geneva Motor Show, but there are still BMW test drivers who have a job to do. This one happened to drive past one of our spy photographers in Sweden, giving us a clear look at the estate’s bulbous backside.

The estate obviously packs all the styling cues and interior options from the new G20 BMW 3 Series, with pretty much everything forward of the C-pillar being identical. We say pretty much because there is a bit of camo wrap on the rear doors and glass which are estate-specific to accommodate the taller roofline. The black wrap still obscures details at a glance, but these photos let us take a nice, close look at the various body lines that will round out the rearmost section of the car.

We can see a subtle roof spoiler at the top of the glass, and the car’s beltline stretches unbroken to where the raked side glass ends at the D-pillar. Further back, the lower rear fascia has similar sculpting to the sedan but not identical; the bumper looks just a bit taller and it’s obviously remolded to accept the opening lift gate. Taillight design looks similar but the estate could boast a slightly different size and shape to the lenses.