Our audience is the best.

Every now and then, the Motor1.com office receives spy shots from our loyal readers who happen to be in the right place at the right time to immortalise prototypes of future production cars. The latest example comes from Dmitry as he got up close and personal the other day with an unreleased model from Porsche. Known for the time being as the Cayenne Coupe (hopefully it won’t be called this way), the swoopy version of the luxury midsize SUV was spotted in Los Angeles, specifically on the Interstate 405.

The spy shots come bundled with a video in excellent quality to better show the prototype had very little camouflage on its production-ready body. The quad round exhaust tips and the fuel caps on both sides of the vehicle illustrate we’re dealing with the E-Hybrid variant, while the camo-free front fascia is clearly a spitting image of the regular Cayenne.

Porsche didn’t even bother to mask the front half of the vehicle because it will be largely inherited from the standard Cayenne, with only the rear end bound to go through some changes. There’s some clever camo on the rear pillar and tailgate in the same white shade as the rest of the body to trick us into believing this is the actual design, but we know better.

The taillights also have stickers with a design that reminds us of the previous-generation Cayenne, but you can actually see most of the actual design while the prototype is braking. While the interior wasn’t captured on video, we’re not expecting any significant changes over the standard SUV, but surely Porsche has come up with something to try and make the not-a-coupe Coupe version a bit more exciting.

We’ve heard through the grapevine the model will be unveiled in the weeks to come, so the wait is almost over. However, our sources have told us it won’t be at the 2019 Geneva Motor Show.

Special thanks go to Dmitry for sending us the spy shots and video! 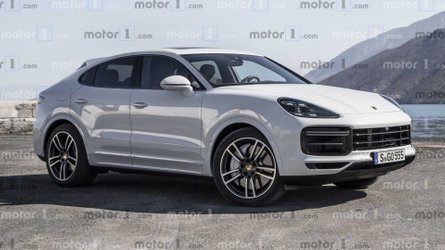 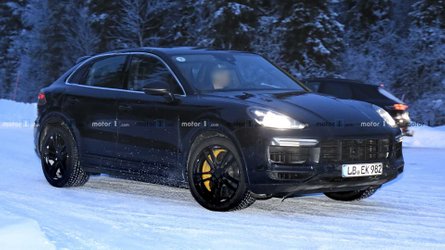