A new ride for the PM?

Aston Martin's first SUV, the DBX has paid a surprise visit to Downing Street this week

The car's appearance was to celebrate St. David's Day – St. David of course being the patron saint of Wales where the high-rider will be produced in a purpose-built factory.

Check out the Aston martin DBX 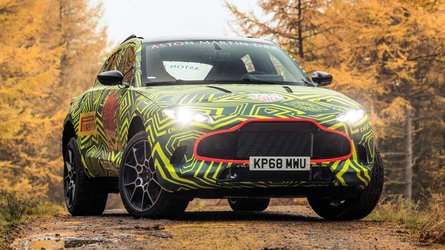 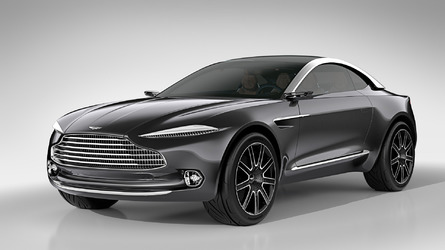 The St. Athan facility is Aston Martin's second UK manufacturing operation alongside its headquarters in Gaydon, Warwickshire and will create more than 700 new jobs. The site in the Vale of Glamorgan was once a Ministry of Defence site and has been transformed into a state-of-the-art car production plant over the last three years.

Accompanying the DBX to Downing Street was Aston Martin Lagonda President and Group Chief Executive Officer, Andy Palmer and the Secretary of State for Wales, Alan Cairns who both attended a reception hosted by Prime Minister Theresa May.

"Prototype models of the DBX have embarked on an extensive testing programme, which has seen the car being put through its paces in various environments, including a demanding Welsh Rally stage," said Palmer. "I’m delighted that this model was able to take time out of its busy schedule to be involved in the celebration of Wales Week in London."

Prime Minister Theresa May added: "As we celebrate all that is great about Wales, it’s fantastic to have the first DBX model, that will be built at Aston Martin’s new Welsh base, parked pride of place on Downing Street to mark St David’s Day."

"Bringing 700 jobs and investment to the region and providing a new home for Aston Martin’s cutting-edge electric technology, the St Athan plant will ensure that the UK remains a world leader in the future of transport."

Real-world testing of the car began late last year in Wales, with it also set to take to the Arctic, the Middle East, high Alpine passes, and the Nürburgring.

Naturally, with the DBX being Aston Martin's first-ever SUV, it isn't undergoing the same sort of testing regime that Aston Martin's grand tourers and sport cars do, with particular focus being placed on the car's multi-terrain and towing capabilities to ensure it works in all scenarios.