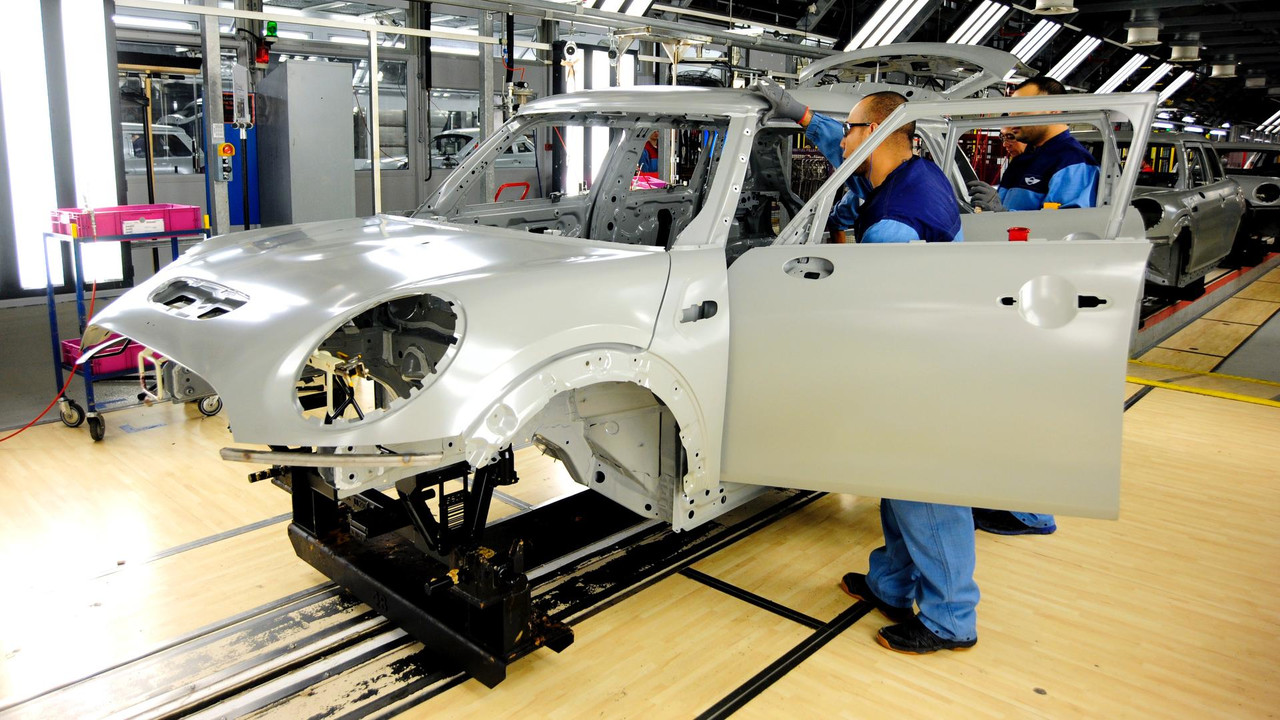 Car industry urges government to take no-deal "off the table".

UK car production fell by almost a fifth in January as demand weakened both domestically and abroad.

Figures from the Society of Motor Manufacturers and Traders (SMMT), show car manufacturing volumes fell by more than 18 percent in January - the equivalent of just under 27,000 units. It marks the eighth consecutive month of falling production and follows a 2018 that saw the UK car manufacturing sector slump to a five-year low.

More on the 'B'-word's impact on the car industry:

Some of that downward pressure has come from the domestic market, which has been in decline for the past few years and last year saw new car registrations fall by around seven percent. In January, a 1.6-percent dip in overall demand for new cars was far more painful for manufacturers based in the UK. British customers’ demand for British-built cars fell 4.8 percent, with just 26,868 cars that rolled off UK production lines last month heading for domestic customers.

However, with a total of 120,649 cars produced in the UK last year, a huge dip in demand from abroad had a far more pivotal role in the industry’s woes. Compared with January 2018, demand from export markets fell by more than 21 percent last month, with more than 25,000 fewer new cars leaving the country than 12 months ago.

According to the SMMT, the drop in foreign demand is partly down to “softening” Asian and European markets. The number of vehicles heading for China was down by almost three-quarters in January (72.3 percent), while exports to the 27 EU countries fell by exactly a fifth.

However, the SMMT says the ongoing issues surrounding Brexit are causing companies problems, citing a recent survey that found almost a third of automotive firms had delayed or cancelled investment decisions because of the uncertainty.

Mike Hawes, the SMMT’s chief executive, said the potential for a no-deal Brexit was “undermining competitiveness” and called on the government to rule out leaving the European Union without a deal.

“Another month of decline is a serious concern,” he said. “The industry faces myriad challenges, from falling demand in key markets, to escalating global trade tensions and the need to stay at the forefront of future technology. But, the clear and present danger remains the threat of a ‘no deal’ Brexit, which is monopolising time and resources, undermining competitiveness.

“Every day a ‘no deal’ Brexit remains a possibility is another day automotive companies pay the price in additional and potentially pointless costs. ‘No deal’ must be taken off the table immediately and permanently.”

The news is the latest in a string of heavy blows for the British car-making industry, after the recent decisions of both Nissan and Honda to move manufacturing away from the UK. At the start of the month, Nissan said it would move production of the X-Trail SUV from Sunderland to Japan, and Honda last week announced its intention to close its Swindon plant altogether.