But some prove to be cleaner than you might think...

A new independent and standardised vehicle rating system has been launched to help buyers understand their car's emissions. 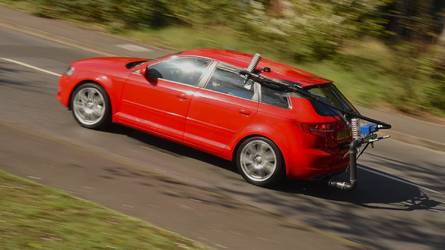 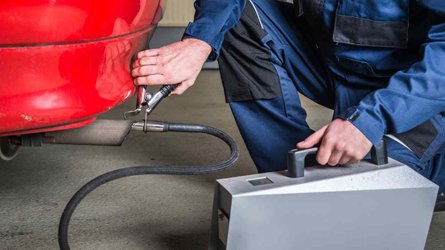 The Air Index, which is designed to offer drivers clear guidance about a vehicle’s real-world emissions, was conceived after diesel car sales slumped in the wake of the Dieselgate scandal. According to Air - the company behind the new rating system - diesel’s popularity is waning because drivers are “confused” about diesel and “clearly don’t trust” manufacturers’ emission test results.

However, the new Air Index uses “scientifically robust” on-road tests to measure just how much nitrogen oxide (NOx) is emitted by a vehicle when driven in a city centre, then presents the results with a simple grading system. Colour-coded grades from A to E are used, with A representing the cleanest vehicles and E representing the most polluting.

As it launches, the Air Index has only tested a handful of models, but the company has plans to add further vehicles to the list over the coming months. Already, though, the index has thrown up some intriguing results. The 2018 Land Rover Discovery TDV6, which uses a 3-litre diesel engine, was awarded the highest possible ‘A’ rating, while the 2017 Renault Clio 1.5 DCi slumped to a bottom-rung ‘E’ rating.

Other vehicles posting disappointing results included the D-rated Dacia Duster 1.5 DCi, which uses the same engine as the Clio, and the 2017 Ford Focus 1.5 TDCI, which was also unceremoniously shoved into band D. And despite being powered by petrol, which is now often considered a cleaner fuel, even the 2017 Nissan Qashqai 1.2 DIG-T couldn’t match the larger, more capable Discovery’s top score. Instead, the Japanese SUV had to make do with a B.

Nick Molden, co-founder of Air, said the new index would provide both buyers and policy makers the information necessary to make better decisions about vehicles and air quality.

“The transparent publication of independent, on-road emissions testing results is the most efficient way to improve air quality,” he said. “The Air Index removes the confusion among car buyers and policy makers around petrol and diesel emissions, because our tests go further than current car approval testing.

“In our testing, we have found a number of the newest Euro 6 cars still emit significantly more nitrogen oxide on the road than in the laboratory test used for their type approval. Our tests also reveal some diesel cars cleaner than petrol ones and some older cars are cleaner than newer ones. Change is already underway for new diesel cars and we believe the Air Index can accelerate that change with car makers and policy makers aligned to changing our cities’ air quality – for the better.”

Gerry Keaney, chief executive of the British Vehicle Rental and Leasing Association, said the new index was welcome, but should not be used to impose retrospective punishments on those who bought vehicles in good faith.

“Companies engaged in vehicle rental, leasing and fleet management will welcome the transparency on urban NOx emissions provided through the Air Index,” he said. “This is a win-win solution for fleet owners and policy makers, offering independent guidance to select the cleanest vehicles which will improve air quality now. The index should not be used to create retrospective air quality policies that would punish fleets for vehicle choices they have already made based on less accurate NOx data.”