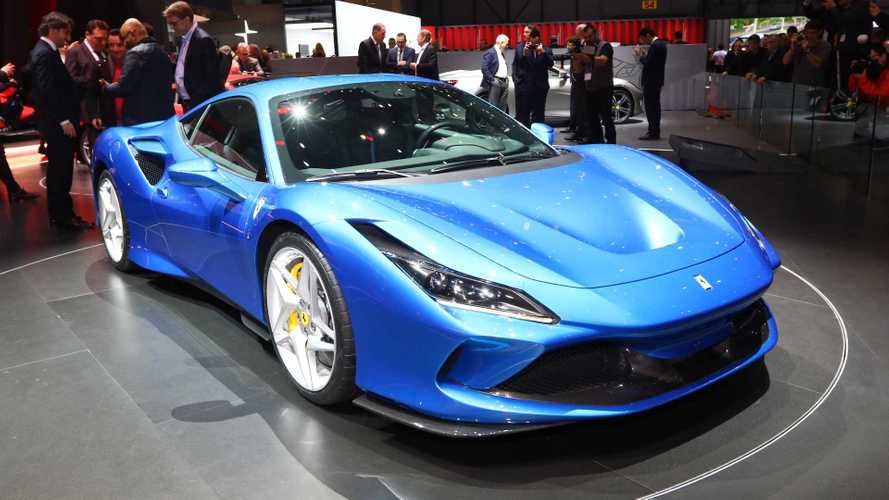 It was at the 2015 Geneva Motor Show where Ferrari introduced the 488 GTB as a replacement for the 458 Italia. For this year’s show, the Gran Tourismo Berlinetta is being retired to make room in the prancing horse’s lineup for the new F8 Tributo packing the company’s most powerful V8 engine ever created.

With 710 bhp and 568 pound-feet of torque generated by the twin-turbo 3.9-litre V8, the new F8 Tributo perfectly matches the hardcore Pista and offers an extra 49 bhp and 7 lb-ft over the outgoing GTB. That translates into a 0-62 mph sprint completed in as little as 2.9 seconds (down by 0.1s compared to the GTB), with the journey from 0 to 124 mph taking 7.8 seconds (-0.5s). Flat out, the new F8 Tributo will reach a Pista-matching 211 mph or an extra 6 mph over the model it replaces. Turbo lag? Ferrari pledges there’s no such thing.

The gain in performance was achieved not just by bringing the 488 GTB up to Pista levels of power, but by also putting the mid-engined V8 supercar through a diet. Indeed, the new F8 has shaved off a significant 40 kilograms and now weighs as little as 1,330 kg with all the lightweight options included.

The remaining number we want to bring to your attention is the boost in aerodynamic efficiency of 10 percent compared to the 488 GTB. The restyled body is not only sleeker than ever before, but it also paves the way for a new design language from the Maranello squad while paying tribute to the past by linking to the original 308 GTB. Another nod to Ferrari’s rich heritage is visible at the back where the louvred Lexan engine cover is reminiscent of the iconic F40.

With the release of the F8 Tributo, Ferrari is also freshening up the interior cabin by introducing round air vents and a fresh steering wheel design. The controls are also new, and so are the door cards and the seven-inch touchscreen on the passenger side of the dashboard.

Ferrari will have the F8 Tributo on display at the 2019 Geneva Motor Show beginning with the first press day scheduled for next Tuesday, 5th of March.