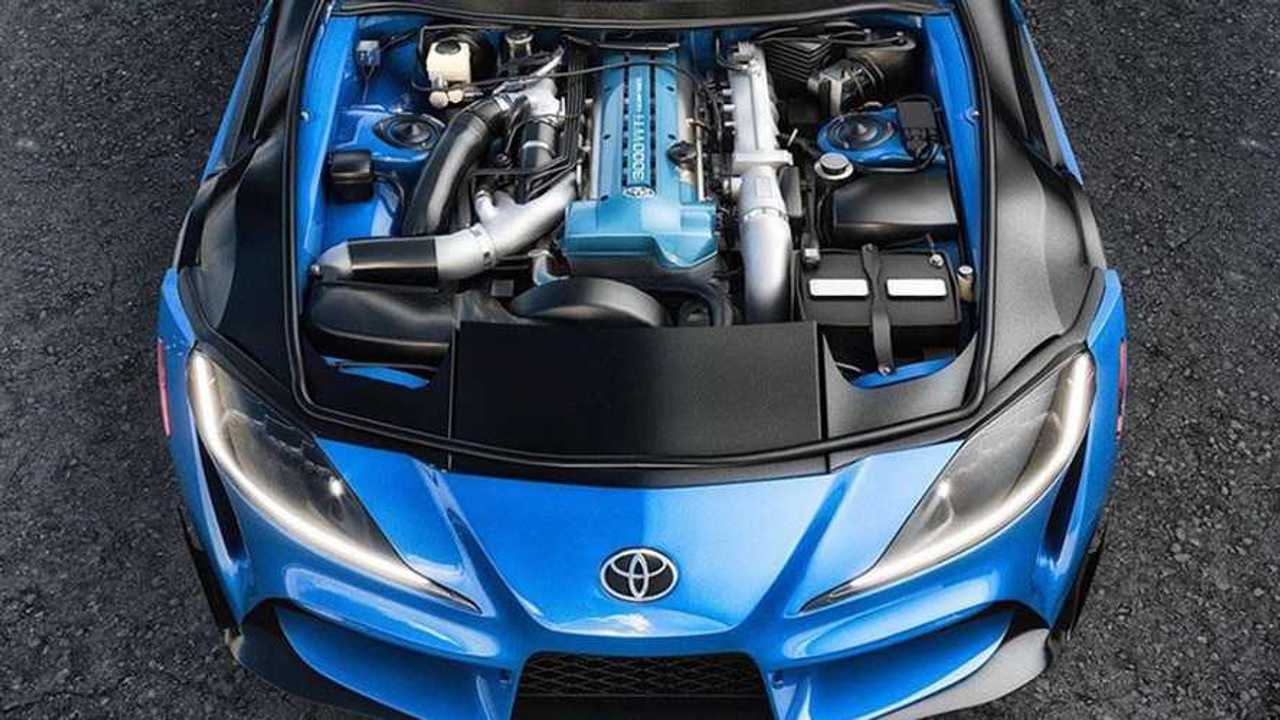 The car isn't even available yet, but CX Racing has a swap kit coming soon.

After a very long absence and over a decade of anticipation, the new Toyota Supra finally entered the scene last month at the Detroit Auto Show. Since then, there’s been more than a few people criticise the Supra’s engine. It’s not bad by any stretch – the 335-bhp turbocharged inline-six fits perfectly with the Supra’s I6 pedigree, including the infamous 2JZ mill that helped the previous-gen model ascent to legendary status. Rather, the criticism stems from the fact that the new engine isn’t a product of Toyota, but BMW. To be blunt, the German partnership for the Supra’s powertrain has Toyota purists furious.

As such, we knew a 2JZ-swapped Supra was inevitable but we didn’t expect to see a dedicated, full-on swap kit appear so soon. Never the less, California-based CX Racing dropped a rendered photo created by Flat Hat 3D on its Facebook page recently, showing a new Supra with an old 2JZ under the bonnet and a promise that a complete kit would be coming soon for pre-order. A quick check of CX Racing’s homepage doesn’t reveal any additional information, but we can see that the company offers all kinds of parts, upgrades, and engine swap components for a variety of vehicles.

Curiously, the comments section on that post isn’t filled with glory and praise. Many people point out that the Bimmer-sourced mill in the fifth-gen Supra – which is shared with the BMW Z4 – is a capable engine in its own right. Underneath the Z4’s bonnet the 3.0-litre engine is tuned to make 382 bhp, so presumably more power for the Supra is easy to unlock. The big question is whether or not the engine can hold up to insane levels of boost that made the 2JZ such a popular engine for tuners.

In the meantime, Toyota says the new car with 335 bhp will sprint to 60 mph in 4.1 seconds, and we suspect that will be fast enough for most new Supra owners – for a little while at least. And for those who absolutely demand a Supra with a storied Toyota mill under the bonnet, it appears your wishes for a plug-and-play swap kit have already been granted.