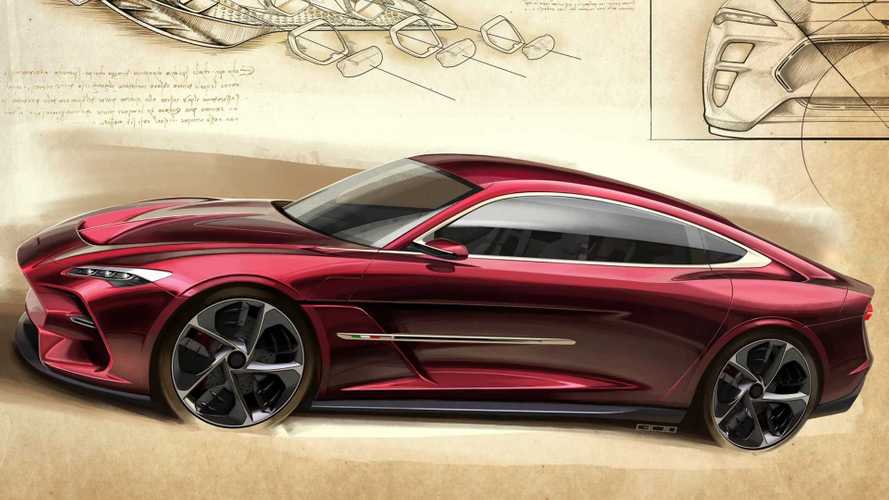 Those doors are simply massive.

After a rather lengthy teaser campaign, Italdesign Automobili Speciali has published the first revealing image of its new car ahead of a public debut scheduled for March 5 at the 2019 Geneva Motor Show. It takes the shape of a stunning coupe with giant doors and what looks to be a 2+2 seating arrangement, which leads us to believe this is more of a grand tourer compared to the hardcore Zerouno supercar.

See what Italdesign has been up to lately:

It’s not known at this point whether we’re looking at a concept or a production car, but whatever this is, it sure is stunning. The absence of conventional door handles corroborated with those tiny side mirrors are hints of a concept, a gorgeous one at that. The fuel cap on the front fender indicates we’re dealing with an electrified vehicle, either a plug-in hybrid or a pure EV, which either would seem fitting for a concept car. If that’s true, we’re hoping it will morph into a production version with minimal changes.

Being part of the Volkswagen Group empire, Italdesign Automobili Speciali has access to a tremendous amount of hardware and we won’t be too surprised if some of the high-end bits and pieces will be put to good use for this GT. After all, let’s keep in mind the Zerouno was heavily based on the Audi R8 and Lamborghini Huracan platform.

We’ll have to wait a few more days to discover all the juicy details, but for the time being, Italdesign Automobili Speciali’s newest creation sure looks promising. The company has pledged to come out with a new product once every 18-24 months, so surely it’s cooking up something (with an exorbitant price tag we might add) taking into account the Zerouno Duerta roadster was unveiled more than a year ago.