Porsche tests cars that drive themselves around the workshop 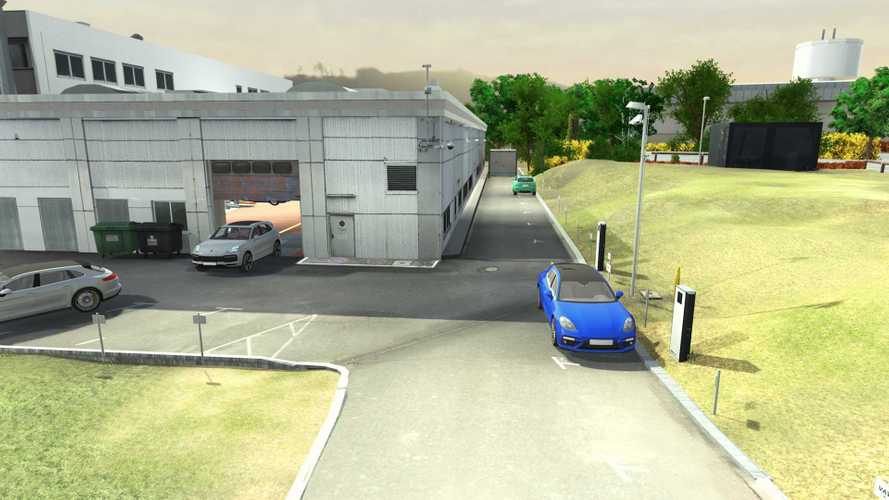 Cars will drive themselves to and from Porsche's workshops for faster maintenance.

Porsche is developing cars that can drive themselves into the workshop to make maintenance faster and more efficient, the German company has announced.

The sports car manufacturer is working with Berlin-based start-up Kopernikus Automotive to create a testing ground at its base in Ludwigsburg, just north of Stuttgart. There, the two firms will collaborate to test autonomous technology that allows cars to drive themselves from the car park to the workshop, before being driven on to the inspection ramp remotely.

According to Porsche, the whole process will be initiated by a vehicle technician, who would use a tablet to summon the car and position it precisely on the ramp. Once the work has been completed, the car can be lowered and driven back to the car park in readiness for collection by the customer.

The company claims the technology would help service centres operate more efficiently, without the need for technicians to spend time fetching and returning vehicles. It plans to implement the test site within the next few months, before presenting its findings next year.

“Autonomous driving will revolutionise our road traffic in just a few years,” said Alexander Haas, project manager for automated driving at the Porsche workshop. “However, we can already use the technological possibilities available today to make work processes even more effective and efficient.”

However, before the company can fully develop its autonomous system, it must first build its development workshop on a computer, allowing it to create an artificial network that will be able to guide the cars safely to the desired locations. The AI system will then drive more than one million virtual miles, taking computer-generated cars to and from the digital workshop before it is used in the real world.

During the real-world tests, Porsche says it will implement “extensive measures to guarantee safety”, including the imposition of a 4 mph speed limit and a human driver ready to take the controls if the system fails.

At the end of the process, Porsche will collate feedback from experts in both autonomous vehicles and vehicle aftersales to develop the system further.

“Our team will experience the use of autonomous driving in the workshop in test operation, and we want to learn from the team’s feedback,” said Thomas Eckert, head of product influencing in aftersales.

The development is the latest part of Porsche’s autonomous driving plans, although the company has already said its vehicles will retain their capacity to be driven by a human, even if they feature advanced autonomous technology. Back in 2017, Lutz Meschke, vice-president of the company’s executive board, said Porsche vehicles would always be cars “you will want – and be able – to drive yourself”.

Gallery: Porsche tests cars that drive themselves around workshops