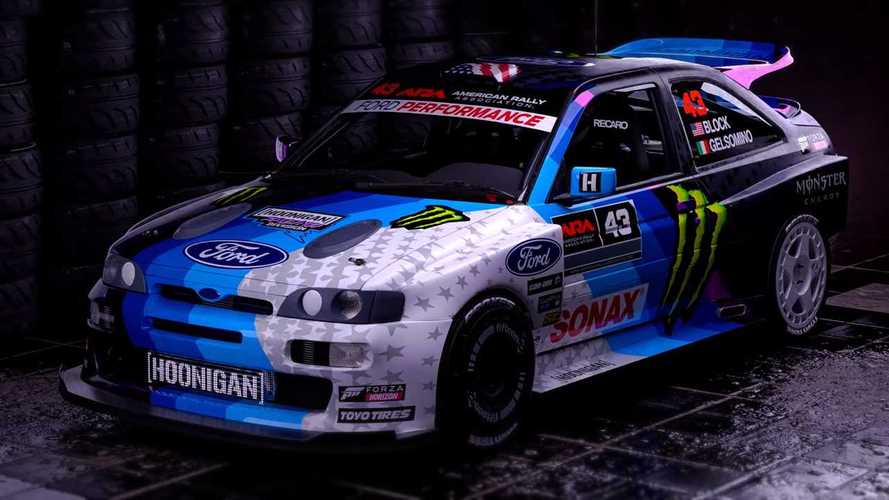 Several rallies and the Goodwood Festival of Speed are planned.

The 'Cossie' was completely destroyed (below), but Block assured fans that the cult classic would return, saying "but of course we will have to build a new one," in the wake of the fire. Now the first details and images have been revealed of the Cossie World Tour which will take place this year.

Starting with the Rally in the 100 Acre Wood in the US next month, the tour will also take in stops in New Zealand, Ireland, Poland, Italy, and Switzerland.

For us in the UK, Block will also be making an appearance at the Goodwood Festival of Speed for the first time since 2015.

"The Cossie World Tour is myself and my team taking a 1990s Ford Escort Cosworth out to events around the world that I’ve always really wanted to do," said Block. "In 2019, I’m going to do seven or eight races, showcasing this rad, older WRC car in some of the coolest events in the world."

Before its untimely demise, Block's ex-World Rally Championship 'Cossie' competed in a handful of American Rally Association series events, as well as playing a starring role in Gymkhana 10 (below) – the latest instalment in Block's famed viral video series. The totalled 'Cossie' was powered by a 400-bhp 2.0-litre turbocharged engine which did away with the regular steel engine block in favour of a lightweight aluminium one. The engine was mated to a seven-speed sequential gearbox.

Block vowed to rebuild, but with literally nothing left of the old car an all-new build took place. The latest car is still an Escort Cosworth, though it has more than just a wild modern/retro livery applied to the outside. It’s been reimagined as a present-day WRC machine and boasts several aero tweaks including widebody fenders and a huge diffuser at the back. Beneath the bonnet is a proper period-correct Cosworth four-pot, but it’s tuned to make 371 bhp. Shifting is handled by a six-speed sequential box as opposed to the seven-speed used in the previous car. The livery is thoroughly modern, though ‘80’s rally connoisseurs will easily recognise the blue stripes from the iconic Group A Sierra Cosworth.

Take a look at all of Ken Block's Gymkhana films