Of course, the German wins this race.

There are three factors that should be considered in a drag race: engine output, vehicle weight, and launch.

In this episode of CarWow's weekly drag race, Mat Watson went aboard a Porsche Cayenne Turbo to go head to head against an Audi RS4 Avant. On the surface, considering that the Cayenne is an SUV and the RS4 is an estate, the race looks like a mismatch. Or is it?

That's actually the clincher in this episode. Both the Cayenne Turbo and the RS4 Avant are rated to go from zero to 62 miles per hour in just 4.1 seconds, which makes them an equal match when it comes to a straight-line race.

To give you a clear-cut view of the comparison between the two vehicles, let's take a look at their spec sheets.

The Cayenne Turbo is powered by a huge 4.0-litre bi-turbocharged engine that's capable of spewing 542 bhp and 568 pound-feet of torque. It's all-wheel drive, but so is the RS4. However, the Cayenne Turbo's major disadvantage is its weight. At 2,175 kg, it's a lot heavier than the RS4 Avant.

On the other hand, the RS4 Avant has a bi-turbocharged 2.9L V6 under its bonnet, capable of producing 444 bhp and 442 lb-ft torque. While it has less power output than the Cayenne, it only weighs 1,715 kg, making it 460 kg lighter than the German SUV, or the equivalent of four to five adult males.

Other races where weight was the issue: 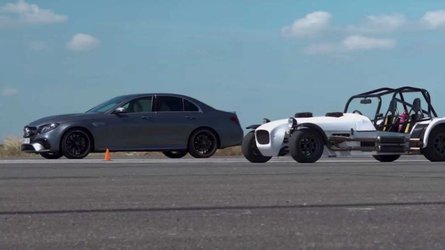 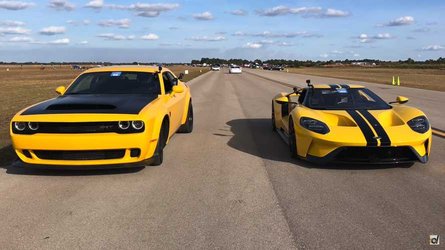 To put things in perspective, in order for the RS4 to weigh as much as the Cayenne Turbo, it should race with five people on board, which means one person would have to make do without a seatbelt at the cargo area.

With the weight advantage of the RS4 but a huge power margin by the Cayenne Turbo, which do you think crossed the quarter-mile marker first? Watch the video on top of this page and remember, I did mention three factors to consider, right?