Honda’s new, semi-sporty version of its VW T-Roc-rivalling HR-V SUV is now on sale in the UK with prices starting from £27,595. 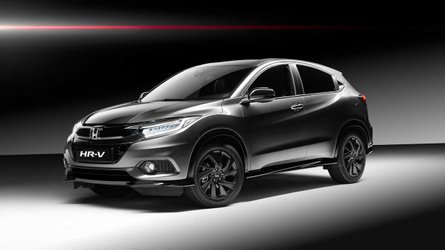 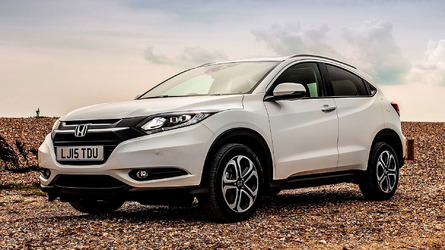 Boasting a 51 bhp power increase, sporty styling and performance-orientated suspension tweaks, the newcomer is expected to arrive on UK shores in April.

Externally, the Sport is marked out by its high-gloss black chrome trim, honeycomb front grille and the sportier rear bumper. There are updated side skirts and wheel arches, too, along with a subtle front splitter, all of which are designed to make the car look more aggressive. Inside, meanwhile, there are more supportive seats trimmed in part-leather with black and red touches, plus black roof lining.

But unlike some supposedly ‘sporty’ versions of cars, many of the HR-V Sport’s upgrades are to be found beneath the surface. In the engine bay, the standard car’s 1.5-litre turbocharged petrol powerplant has been fettled to provide an extra 51 bhp, taking the total to 180 bhp. As a result, the 0-62 mph time has dropped to 7.8 seconds, while the top speed rises to 134 mph.

And despite the increase in power, the fuel economy hasn’t suffered too much either. Official figures suggest it’ll manage around 47 mpg, regardless of whether you opt for the standard six-speed manual gearbox or the optional CVT automatic.

But Honda’s engineers haven’t just breathed on the engine - they’ve tweaked the chassis, too. The HR-V Sport comes with bespoke suspension and so-called “Performance Damper” tuning, which is designed to improve stability and reduce body roll through corners. Honda has also fitted a model-specific steering rack engineered to make the car feel more responsive.

Sporty touches aren’t all you get, though. The £27,595 asking price includes a range of goodies taken from the mid-range SE model, such as a seven-inch touchscreen with Garmin satellite navigation and a host of safety gadgets. Autonomous emergency braking is fitted to help prevent or mitigate crashes, while sensors help keep the car in its lane. Adaptive cruise control is also a standard feature, using radar to maintain a safe distance to the car in front. Combining all this the optional automatic gearbox, however, will up the price to £28,245.

Phil Webb, the UK boss of Honda’s car division, said the introduction would give the family car a dynamic edge in the crowded SUV marketplace.

“The HR-V Sport adds a premium and sporty character to the HR-V range,” he said. “This sporty, sub-compact SUV with premium design details provides our customers with greater choice for a more engaging driving experience in an immensely competitive segment of the UK car market.”