New Peugeot 2008 spied inside and out showing 208 genes 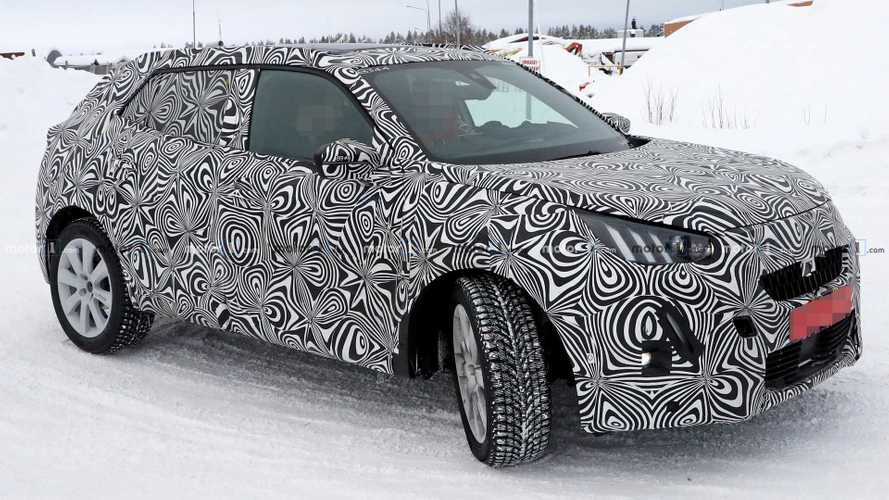 Peugeot has just revealed the new generation 208 supermini and the next logical step for the French company is the introduction of its high-riding sibling, the 2008. A fresh new batch of spy photos confirms work on this car is well underway as the spied prototypes are already wearing production body and lights.

Probably you won’t be surprised to hear the crossover will feature an exterior design that is highly inspired by the 208. This is especially visible at the front where the shape of the headlights and the three small LED bars integrated into the units are almost identical between the two vehicles. It’s going be interesting to see whether the LED DLR bars that are running from the headlights down the bumper will be seen in the 2008 too, and some of the spy photos actually seem to confirm this is going to be the case indeed.

Our spies managed to snap the cabin of the crossover for the first time despite the unfriendly salute from the test drivers. To the surprise of no one, the dashboard appears to be quite similar to the one in the new 208 and we expect to see basically the same layout with a tablet-style display dominating the centre console and a bank of physical buttons below that screen.

Is this prototype the new Peugeot 2008 Crossover?

Spied testing on snowy roads together with the new DS3 Crossback, the prototype of the 2008 here appears to be powered by a powerful internal combustion engine. The twin exhaust layout at the back may seem a bit weird with those blue extensions, but it actually hints at something different than the base three-cylinder units under the bonnet.

Given the 208’s recent debut, we expect to see the new 2008 before the year’s end or early next year. The brand’s second best-selling model (after the 208) will have to battle the Renault Captur, which is still the segment’s leader and is also getting a complete overhaul soon.