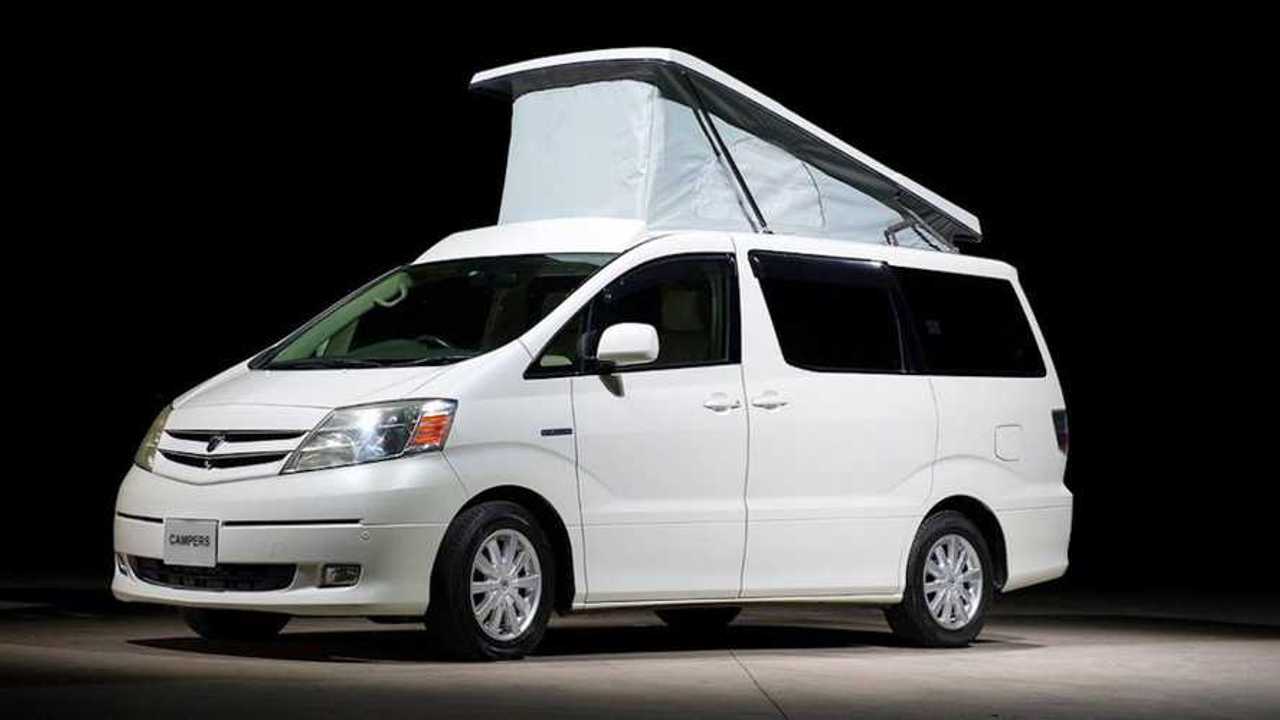 The modified Toyota Alphard Hybrid can also be daily driven.

Confused between a camper van and a daily driver? Campers Scotland has just found a solution that's midway to your dilemma. Called the Eco Explorer, the U.K.-based maker of motorhomes mined the Japanese used cars market and found a Toyota Alphard Hybrid van then converted it into a camper van that doubles as a daily driver or for dropping off kids for the football practice. Best part? Opting for its "Tribrid" variant allows you to extend to drive up to 1,000 miles in one full tank.

Of note, Campers Scotland also made the rugged off-road 4x4 camper out of a Mitsubishi Delica D:5. Pretty cool company, if you ask us.

The Eco Explorer has an interior setup that isn't too far from regular minivans (minus two seats). Instead of having just a rear two-seat bench, it has three, sacrificing the interior kitchen block for an added passenger. As such, the Eco Explorer is a versatile five-seater that can take a small family out on camping during the weekends. In place of the full kitchen block is an induction cooker that tucks away below the bench, a removable table, and a front console fridge.

In addition, the rear seat slides forward so you can manage your camping luggage in the back. At night, the rear seats can be folded into a full-width bed. In combination with the pop-up roof bed, the Eco Explorer allows five people to sleep inside the camper.

This Australian trailer is the off-road camper of your dreams

The Eco Explorer features Toyota's E-Four (Hybrid Synergy Drive) system that relies on the front-mounted 2.4-litre engine and electric motors for all-wheel drive. It can also run in full-electric mode in low-speed city drives. If that's not economic enough, Campers Scotland offers the "Tribrid" option wherein a liquified petroleum gas (LPG) power source will be used alongside the petrol-electric hybrid drive. This option allows the van to travel up to the company-estimated 1,000 miles in one full tank.

Price-wise, the Eco Explorer asks for £24,995 while the Tribrid option would need additional £2,000. It only comes as a right-hand drive and can be exported to Continental Europe.