The complete kit also includes a front splitter, side sills, rear wing, and diffuser to complete the broader look.

The Lexus LC500 packs plenty of style straight from the showroom, but the Japanese tuner Artisan Spirit now offers a body kit that it calls the Black Label GT that adds aggressive wing extensions to the coupe. If you want to make your LC look subtly meaner, then this might be the perfect upgrade for your car.

Rather than opting for the exposed fasteners that we often see on widebody kits from firms like Rocket Bunny and Liberty Walk, Artisan Spirits opts for a more integrated application. There's still an obvious seam where the broader wings join to the panels, someone without knowledge of how the stock LC looks, might think this styling comes from the factory.

In addition to the broader haunches, Artisan Spirits adds a front splitter with fins at the corners, matching side sills, and a rear diffuser. The wider components accentuate the bigger wings and add a sporty aesthetic to the exterior. The huge rear wing looks a little gaudy at the back, but a customer doesn't necessarily have to order it. 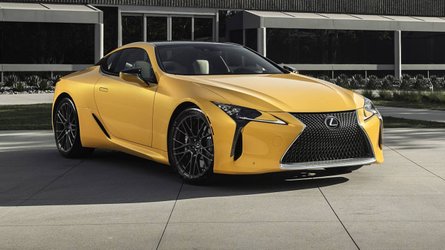 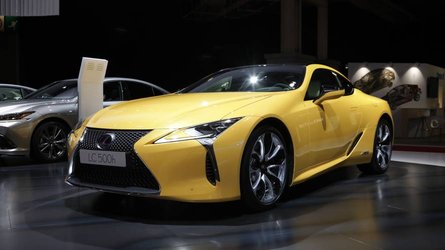 Lexus LC Yellow Edition shows its sunnier side in Paris

Artisan Spirits sells the components all together or as individual pieces. Getting them all costs 1.2 million yen (£8,300) to have the parts in fibreglass or 1.4 million yen (£9,700) to have them in carbon fibre. After delivery, buyers still need to paint the bits.

Lexus seems to be preparing to slice the top off the coupe because the company says the recent convertible concept "suggests the future direction of LC flagship." A wide body kit like Artisan Spirits would add an aggressive touch to the open-roofed model's sleek styling. Since the droptop's look is so similar to the existing vehicle, the parts would likely fit, too.