The plug-in hybrid concept wants to blend the best of both worlds.

[UPDATE, March 6] Live images from the 2019 Geneva Motor Show have been added at the beginning of the gallery, below.

The (don’t-call-it-a-SEAT) Cupra brand is attending this year’s Geneva Motor Show with the very first model specifically developed for the new Spanish marque. It’s an interesting concept car celebrating the company’s first anniversary and takes the shape of a crossover that rides low to the ground like a proper sports car.

Get up to speed with Cupra: 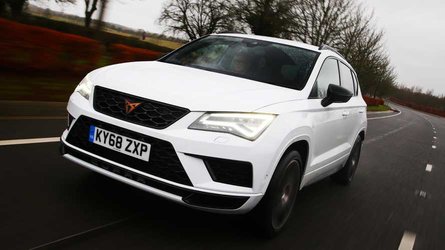 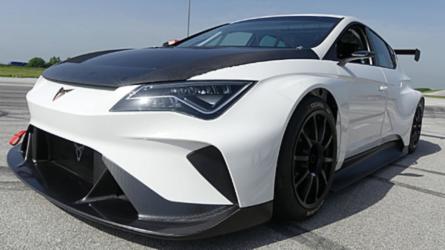 It looks as sharp as everything else related to Sociedad Española de Automóviles, featuring a full-width LED light strip at the back reminiscent of the Tarraco. But while the midsize SUV is first and foremost a family-oriented model, the Formentor wants to be something more exciting – as denoted by the menacing quad exhausts.

The extra fuel cap placed on the front-left fender denotes the concept’s powertrain is of the plug-in hybrid variety. Without going into too many details, Cupra mentions they’ve teamed up a petrol engine with an electric motor to unlock a combined output of 241 bhp channelled to the wheels via a dual-clutch automatic transmission. The “large integrated battery pack” of unspecified capacity has enough juice to last for up to a WLTP-rated 31 miles when the Formentor is driven in pure electric mode.

Inside, the pair of front bucket seats further reflects the concept’s performance nature, while the digital dashboard and the “floating” 10-inch touchscreen allow the driver to access all the relevant controls and info with ease.

Although it’s officially labelled as a concept, the Formentor provides a “taste of the high-performance brand’s future,” so we might get to see it in one form or another as a production model in the years to come. After all, it isn’t as outlandish as some of those futuristic concepts we’ve seen recently considering its interior and exterior design looks pretty close to what a production model would look like.