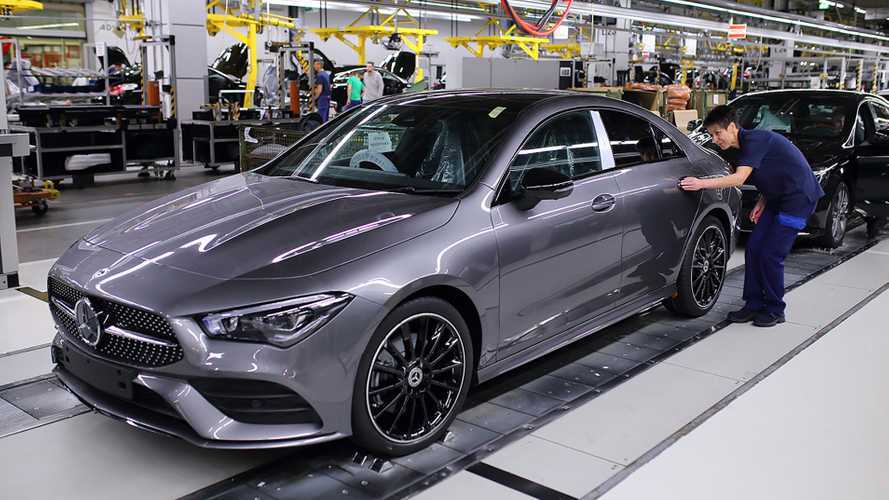 If you like the new Mercedes-Benz A-Class but fancy something a little bit sexier, we have some good news for you: production of the second-generation Mercedes-Benz CLA-Class is underway at the German company’s Kecskemét, Hungary factory.

The sleek four-door, which Mercedes insists on calling a coupe, takes all that’s good about the new A-Class, puts it in a prettier package, and adds some extra power. While Mercedes didn’t reveal what kind of engines and transmissions the new CLA-Class would use in the UK when the car debuted at January’s Consumer Electronics Show in Las Vegas, the same seven-speed dual-clutch automatic found in the A-Class is the logical choice.

In the cabin, the new MBUX infotainment system introduced on the A-Class and the new GLE-Class serves as the CLA’s technological centrepiece. That will include the sassy, love-it-or-hate-it virtual assistant. On top of these refinements, Mercedes’ latest compact will feature the same impressive active safety system as the A220, although it will almost certainly be a (worthwhile) optional extra.

Beyond those improvements, the second-gen CLA-Class will introduce new, smarter assembly procedures at Mercedes-Benz’s Hungarian factory. For a start, CLA production doesn’t require forklifts, instead relying on the automated carts (for lack of a better word) to shuttle the car’s body in white around. Mercedes says this will make assembly more efficient and safer for the facilities employees. The CLA’s factory also features a new modular body shop, which Mercedes claims will allow it to make quick changes during production.

Next Mercedes-Benz CLA-Class spied looking sleek at the 'Ring

2020 Mercedes CLA spied inside and out by Motor1.com reader

The new CLA-Class has huge shoes to fill. The original model was a resounding sales success, introducing the Mercedes brand to a new generation of customers. With a sub-£27,000 starting price and styling that looked like it cost at least twice as much, Mercedes quite literally couldn’t build the first CLA250 fast enough. As the next generation begins production, it looks like we won’t have to wait long to see if the 2020 model can carry on that tradition.