The Adam, Astra and Mokka X will all get well-equipped Griffin versions.

Vauxhall will add value-focused Griffin versions to three of its most popular model ranges following the variant’s debut on the Corsa hatchback. 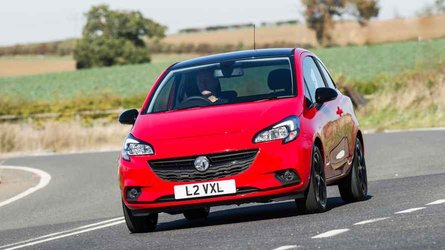 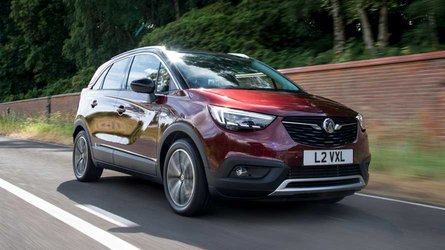 Revealed at the tail end of last year, the Corsa Griffin applied desirable options such as heated seats and automatic headlights to the popular supermini while barely commanding any premium over the standard car. Now, though, the British brand is applying the same treatment to its Adam and Astra hatchbacks, as well as the Mokka X SUV.

The Mokka X, which comes as standard with a seven-inch colour touchscreen and 17-inch alloy wheels, gets an upgrade to 19-inch alloy wheels when you trade up to the Griffin Plus model. Electronic climate control and automatic windscreen wipers are also thrown in, along with heated front seats and a heated steering wheel.

Under the bonnet, the Mokka X Griffin will come with a choice of just two engines, allowing customers to choose between the 1.4-litre turbocharged petrol engine with 138 bhp or the 134 bhp 1.6-litre diesel - both of which are available solely with six-speed manual transmissions.

Meanwhile, the Astra family hatchback's Griffin upgrade replaces the standard 16-inch alloys with 18-inch two-tone versions, while electronic climate control, heated seats and automatic wipers are also included. As with the other Griffin versions, you get a heated steering wheel, too.

And the Astra Griffin gets a similar choice of engines to the Mokka X, albeit not quite identical. The 134 bhp diesel engine remains, but the petrol option is a 148 bhp version of the 1.4-litre turbo unit found at the business end of the Mokka X Griffin. Like that car, the engines are both mated to six-speed manual gearboxes.

The Adam Griffin, however, just gets one engine - a non-turbocharged 1.2-litre unit with 69 bhp and a five-speed manual gearbox. The Adam is also the sole recipient of sports suspension as part of its Griffin upgrade package. That comes alongside 17-inch black alloy wheels and a seven-inch touchscreen infotainment system - not to mention satellite navigation and cruise control.

As with the Corsa Griffin, the Adam Griffin places the focus on value with a relatively small price hike over the standard car. If you want an entry-level Adam Jam, it’ll set you back £13,860, but the Griffin costs a mere £550 more at £14,410.