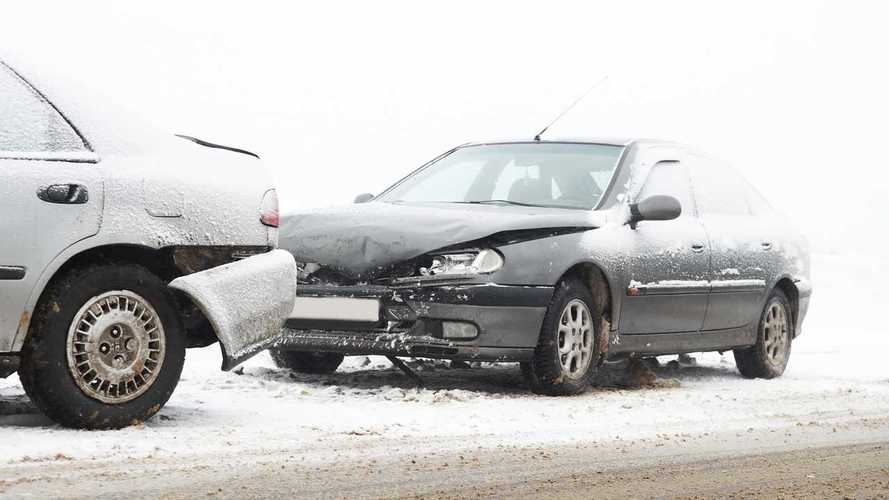 Accidents peak between 4pm and 6pm.

Car crashes peak during a 10-minute period after 5 pm on evenings in November and March, according to new research.

More on the causes of car accidents in the UK:

A study by accident management firm AX found that the two hours between 4pm and 6pm - the height of the evening commute - account for around a fifth (17.5 percent) of all car accidents on any given day. Around a seventh of those accidents (14.5 percent) happen during a small 10-minute window between 5 pm and 5.10 pm.

Incredibly, taking to the road just 10 minutes later - between 5.10 pm and 5.20 pm - reduces your chances of being involved in a shunt by half.

The second most common time for accidents was, perhaps unsurprisingly, during the hours of 2 pm and 4 pm, when parents are rushing to collect their children from school. Again, a large proportion of the crashes took place in the 10 minutes after 3 pm - just before schools stop for the day.

AX’s study, which looked at more than 57,000 car crashes, also found that the winter months of March and November were the worst for accidents. Both months are among the wettest of the year, and herald the beginning and end of the winter period, during which the UK’s roads see accidents rise by an average of around 7.5 percent compared with the summer months.

And the research suggested that the difficult conditions seen during that period were to blame for the accidents, with more than a third (34 percent) of winter crashes involving one vehicle colliding with the back of another vehicle. And almost as many accidents (31 percent) involve a driver hitting a stationary vehicle.

In comparison, just 12 percent of winter accidents were the result of one driver pulling out in front of another, while eight percent of were caused by one driver reversing into a stationary vehicle and less than seven percent involved drivers changing lanes.

Scott Hamilton-Cooper, the director of sales and operations at AX, said the poor weather seen in winter and the evening rush hour were a recipe for accidents.

“Stopping distances double in the rain and are as high as 10 times more in icy and snowy conditions,” he explained. “This goes some way to also explaining why 31 percent of incidents we manage involve a moving car hitting a parked one as the driver loses control.

“It is little surprise to see the majority of accidents take place during the afternoon and evening hours when many of us are busy trying to get home or rushing to pick up our kids.”