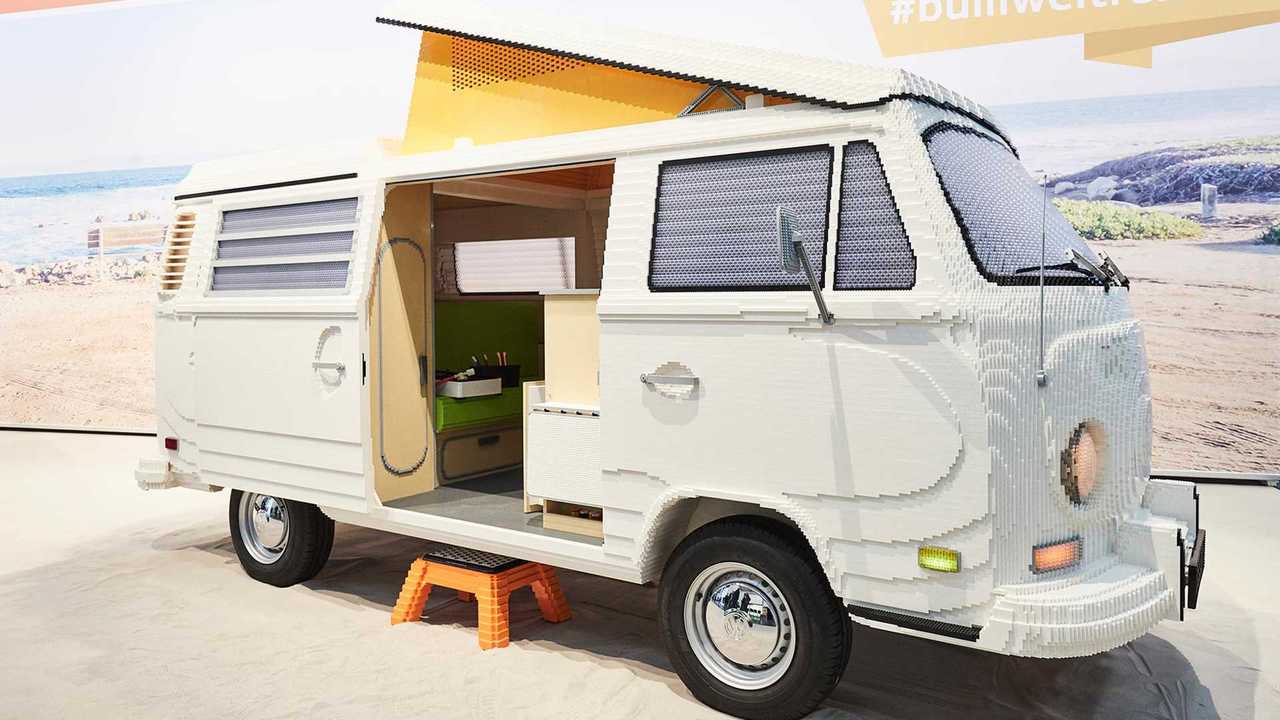 There's a full interior with a sitting area and kitchenette. It's all Lego in there, too.

Forget Lego's impressive Volkswagen T1 Transporter kit because an even more amazing life-sized T2 camper is now on display at the F.re.e Leisure and Travel Fair in Munich, Germany. Not only does the van look like the real thing on the outside, including a pop-up roof. The interior has all of the amenities you would expect like a Lego brick kitchenette.

Certified Lego master model maker Rene Hoffmeister and Pascal Lenhard used 400,000 Lego blocks to create this full-sized T2 Transporter over the course of six weeks. They used 3d images to figure out how many bricks were necessary to complete the model, but somehow ended up being 20,000 transparent pieces short to construct the vehicle's windows. Once they got hold of the parts, Hoffmeister and Lenhard had to work day and night to finish the assembly.

The builders even managed to incorporate a sliding door like on the real T2 Transporter. Stepping inside reveals a bright green seating area and orange roof. It's a very mod-style colour combination that matches the van's 1960s origins. All of the accessories inside, like the radio and tableware, are Lego, too.

The final result measures over 5 metres long and is 2 metres tall. Popping up the roof adds an extra 1 metre to the top. The Lego Transporter weighs roughly 700 kilograms.

It seems like someone within the VW Group has a real love of full-sized creations out of Lego blocks. For example, Bugatti unveiled a life-sized, drivable Chiron that the company built from the plastic blocks. Porsche also got in on the act with a 911 that looked like a real-life Speed Champions kit. In 2016, Porsche also made a giant version of its 911 GT3 RS Lego Technic kit.