Ford unveils high-performance Focus ST with up to 276 bhp 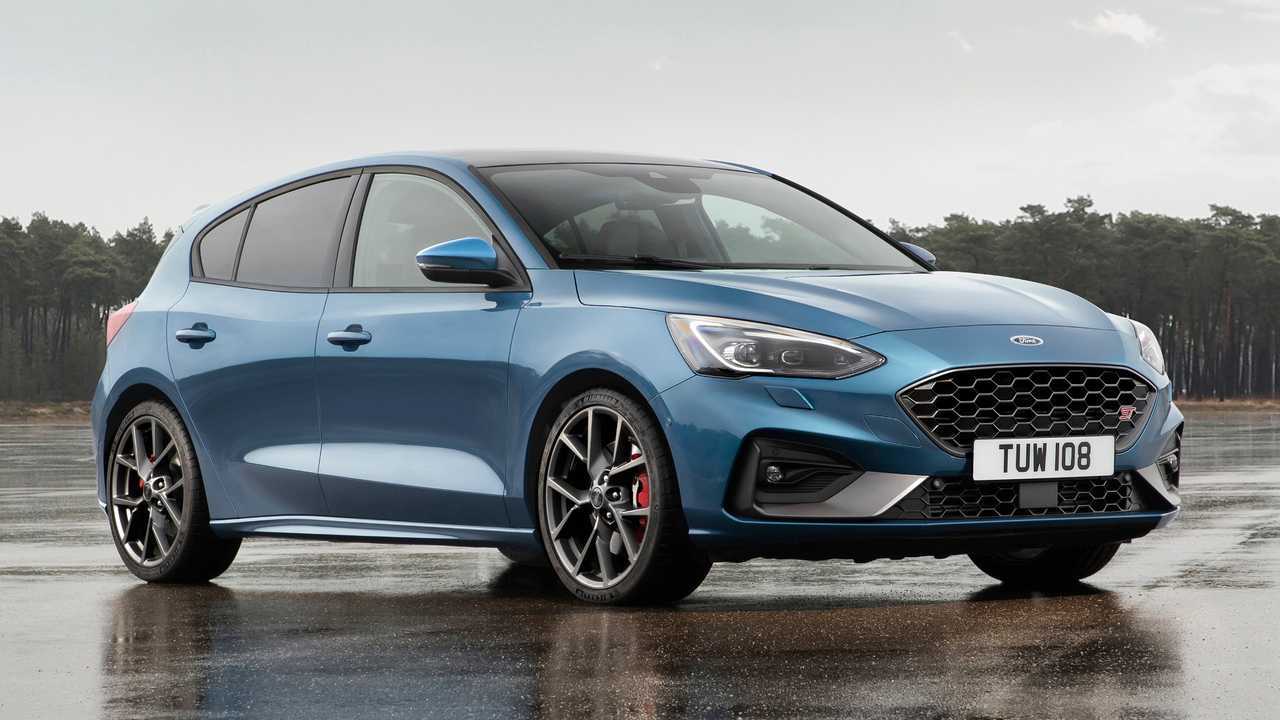 Customers will have the choice of hatchback or estate, and 276 bhp petrol or 187 bhp diesel.

Ford has revealed its new high-performance Focus ST ahead of the hot hatchback going on sale this summer.

Rivalling the VW Golf GTI and Hyundai i30 N, the much-anticipated Focus promises to major on handling and speed, with Ford claiming that the car “builds on the class-leading driving dynamics” of its predecessor. The company has also fitted the most powerful engine ever offered on a Focus ST.

More on the fabled Focus ST:

The engine in question is essentially a de-tuned version of the 2.3-litre unit found in the last-generation Focus RS. With 276 bhp at the disposal of your right foot, it’s capable of 0-62 mph in “less than six seconds”.

But it isn’t all about brute force and ignorance; there’s clever technology at work to make sure the engine feels more responsive. The turbocharger, for example, features anti-lag technology that effectively keeps the turbine spinning even when the driver takes his or her foot off the throttle. In this way, the usual ‘lag’ between the throttle being applied and the turbo boost kicking in can be reduced.

And there are other innovations at play in the alternative engine - the 2-litre diesel. With 187 bhp and 295 lb-ft of torque, the engine is the most potent diesel ever fitted to a Focus. That’s thanks in part to some clever engineering, which includes steel pistons that keep their shape better when they’re hot and a variable-geometry turbocharger that can adapt to provide maximum performance at varying throttle positions.

The six-speed manual gearbox, too, can be specified with some kit that’s high-tech, as well as high-performance. As part of the Performance Pack, Ford will include rev-matching technology, that automatically blips the throttle on downshifts to set the correct engine revolutions for the new gear, thus making shifts smoother and faster.

But as Ford alluded to, it’s the Focus ST’s handling that really made its name, and the manufacturer claims its new model blends “B-road fun, legitimate track-day performance and everyday usability better than any vehicle in its class”.

Under the skin, there’s new suspension that’s designed to improve responses to steering inputs without sacrificing ride comfort, while the ride height is reduced by 10 mm compared with the standard car, lowering the centre of gravity and reducing body roll.

Again, though, technology plays its part. Petrol versions come with an electronic limited-slip differential, which uses clutches to limit the power sent to whichever of the front wheels has the least grip, reducing wheelspin and improving acceleration. And the petrol-powered car also gets trick suspension that can adjust every two milliseconds to adapt to inputs from the road surface, steering and braking.

Diesel versions get their fair share of equipment, too, with a torque vectoring system that reduces understeer by braking the inside front wheel through corners. And all Focus STs come with three drive modes as standard, allowing the driver to set the car up for the conditions. Adjusting the steering, throttle response, suspension and limited-slip differential, the system allows the car to be configured for sporty driving, everyday motoring or challenging slippery surfaces with the drive mode selector.

And all this comes neatly packaged under revamped bodywork. The sportier grilles, more angular spoiler and twin-exit exhaust all provide clues to the car’s performance, while vehicles specified with the Performance Pack get red brake callipers.

The interior is similarly upgraded, with Recaro sports seats, alloy pedals and an aluminium gear knob. There are metallic grey trim pieces, too, along with grey stitching for the seats.

“Our target was to deliver an all-new Focus ST that is as effortless to drive day-to-day as the rest of the Focus line-up,” said Leo Roeks, Ford Performance’s director for Europe. “The model’s comprehensive range of technologies means customers gain exhilarating ST performance without sacrifice.”

The new ST will go on sale this summer, with customers offered the choice of petrol or diesel power, as well as five-door hatchback and estate body styles.