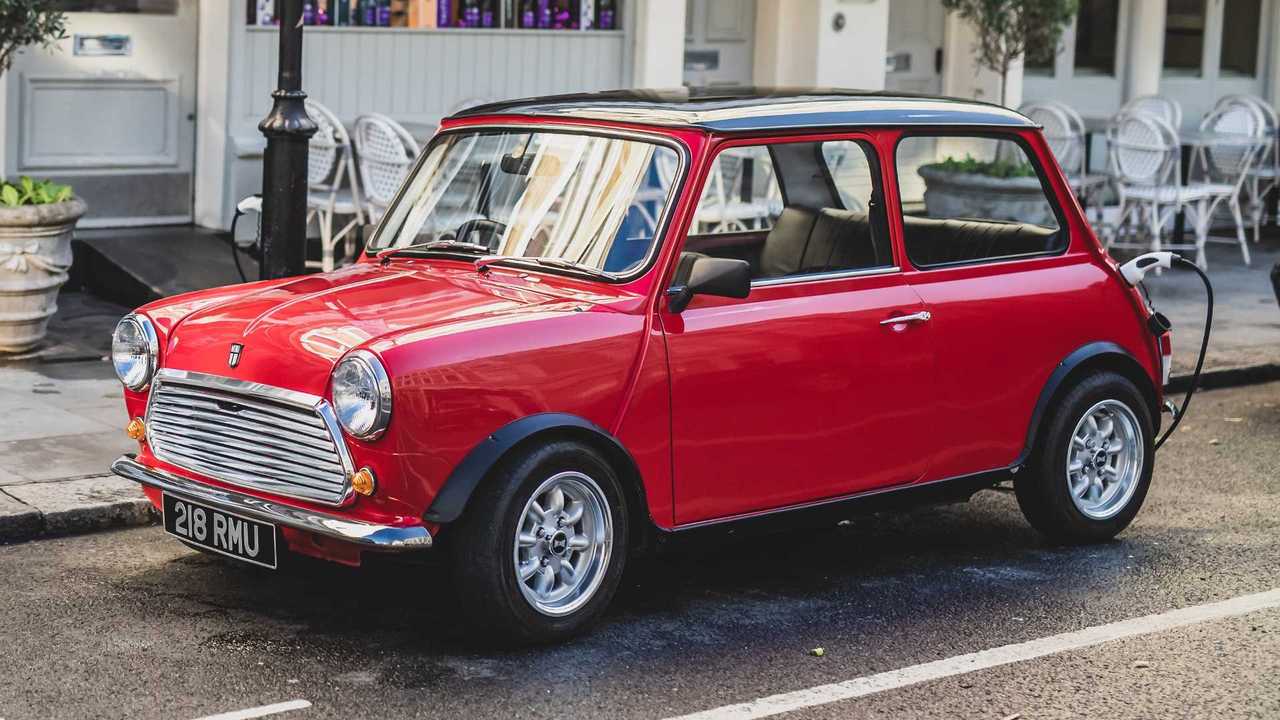 The classic Mini gets a new lease of life as an electric city car.

The modern-day BMW-owned Mini is getting ready to introduce an electrified Mini, but if you're more of a fan of the actually 'mini' Mini, there's now an EV for you.

Unveiled a the recent London Classic Car Show, the Swind E Classic Mini shoehorns an up-to-date electric drivetrain into a fully-restored original Mini package. The creators of the bite sized restomod is Swindon Powertrain which is best known, among many other things, for providing the British Touring Car Championship with the off-the-shelf NGTC engine.

The 'other' electric Mini

There's no turbocharged four-pot in the Swind E Classic Mini though, instead it comes with a bespoke 110 bhp motor, which is powered by a 24kWh lithium Ion battery, and single-speed transmission. Top speed is a more than adequate 80 mph, and 60 is reached in 9.2 seconds, so it's not the quickest car on the planet, but it's ideal for city driving. Speaking of which, range is 125 miles, and it can be fully charged in four hours – a fast charging option is also available.

Despite the heavy electric drivetrain, the entire car weighs just 720kg, which is only 80kg more than the original Mini. Weight distribution is improved on the original car, however – 57 percent/43 percent compared to 68 percent/32 percent of the original car. What's more, with the fuel tank now out of the way, boot space is increased to an impressive 200 litres.

The car is a fantastic idea, and I'd certainly get my name down for one of the 100 being built, but there is a bit of a sticking point. The price.

In short, it's £79,000. But, it does come with an unlimited mileage one-year warranty and MOT, a choice of either left- or right-hand-drive, and of course being electric it is exempt from the congestion charge in London, so every cloud.

"This is the first time an electrified classic Mini has entered production," said Swindon Powertrain’s managing director Raphael Caillé. "There have been one-offs and prototypes before, but Swind is the first company to launch such a car to the public."

"The classic Mini has such a special place in people’s hearts, not only in the UK but around the world," he added. "The packaging of Sir Alec Issigonis’ 1959 design was truly ground-breaking and now we are making it relevant again. Its compact size and good visibility, together with contemporary performance and handling, makes it a car you’ll want to drive in the city and put a smile on your face."