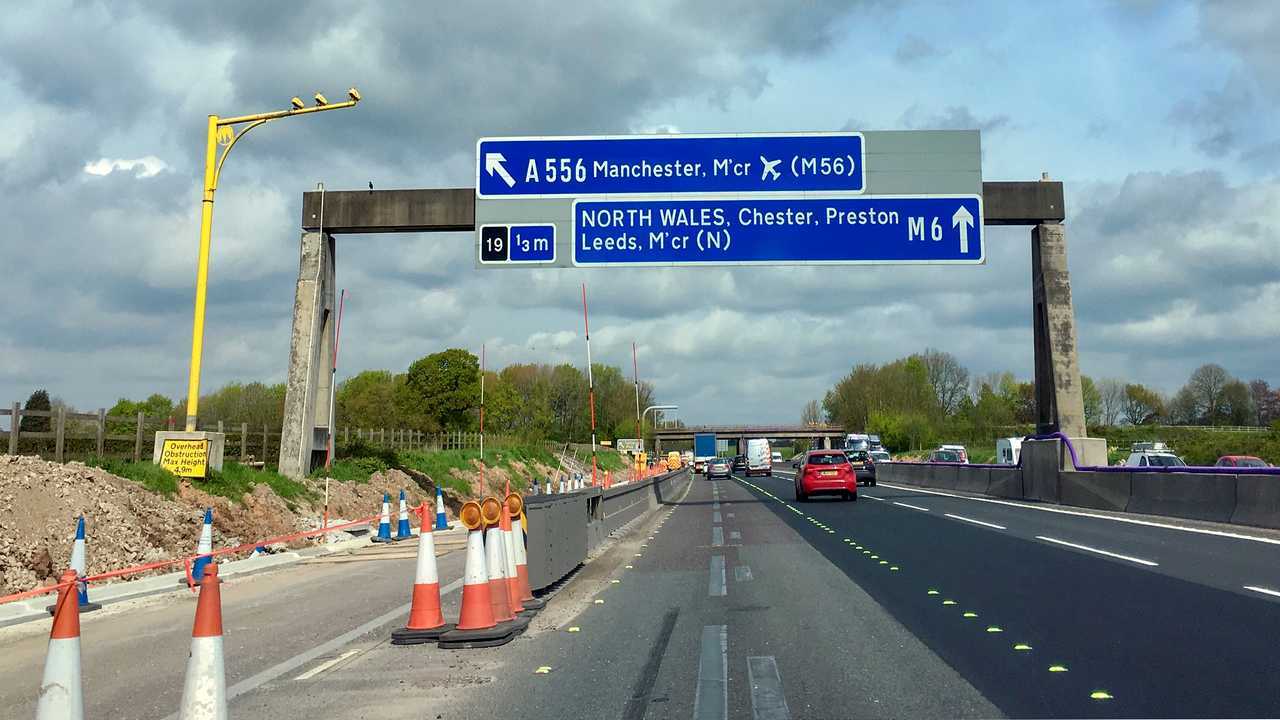 Highways England says roadworks in the North West will be changed to reduce disruption.

The north-west of England is set to see changes to the way in which motorway roadworks are carried out after “feedback” from drivers.

Highways England, the government-run organisation responsible for the maintenance and upkeep of the strategic road network, has rescheduled two major projects in the region to reduce congestion.

More on improvements to the UK's motorway network:

The schemes to add extra lanes to the M56 near Manchester Airport and the M6 between Warrington and Wigan were due to begin this spring, but they have been delayed to prevent overlap with ongoing projects. The organisation is currently working on a stretch of the M6 in Cheshire that is expected to be finished next month, while a major upgrade of the M62 near Warrington is also in progress and won’t be finished until 2020.

As a result of the disruption caused by these projects, the new work on the M56 will only begin after the M62 roadworks have been completed in 2020, while other motorway projects, such as the M6 scheme between Warrington and Wigan, will be staggered to start between 2020 and 2025.

But as well as changing the timings of roadworks, Highways England says it will operate the North West’s future projects differently. Contraflow layouts, where one lane is moved to the opposite carriageway with a temporary barrier between lanes, will be introduced to shorten the duration of roadworks.

According to Highways England, such a system allows larger construction areas that will allow more work to be carried out in each shift, while the layout also means traffic can continue to flow in both directions when one carriageway is closed for major overnight work, reducing the need for diversions. And the organisation has promised higher speed limits, too, increasing the limit to 60 mph “when it is safe for drivers and road workers”.

“Hundreds of thousands of people across the North West will benefit from a huge investment on the road network over the next few years and we’re keen to help keep drivers moving while the upgrades take place,” he said.

“We’ve listened to what people have been telling us about roadworks and have decided to reschedule two major schemes, benefitting drivers who use our roads to get to work and businesses who deliver goods across the region. We’re committed to the upgrades; we are simply changing the timetable for projects on the M56 and M6.

“We’re also reviewing how we carry out major upgrades so that we can minimise disruption as much as possible and maintain connections for drivers using the road network.”