Rebuild your Lego Technic 911 GT3 RS into a Lancia Stratos 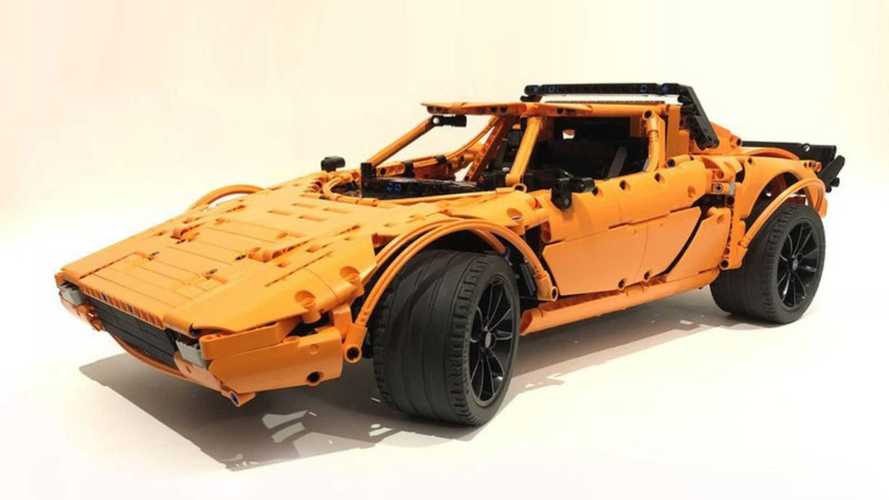 Using only the parts included with Lego's excellent Porsche 911 GT3 RS kit, you can build a Lancia Stratos.

Lego has been really knocking it out of the part lately for us car enthusiasts. Between massive Technic kits of supercars with working features, large-scale Creator sets that look more like scale models than Lego kits, and the diminutive (but still fun) minifigure-scale Speed Champions sets, Lego has cast a wide net to lure car fanatics into the toy aisle of their nearest department store.

While many of Lego's larger kits include another set of instructions to build a secondary model with the same parts, it's rarely worth the effort. That's no longer the case for owners of the excellent Lego Technic Porsche 911 GT3 RS kit. One industrious Lego fanatic has figured out how to use the Porsche's pieces to rebuild the kit into a Lancia Stratos, the wedge-shaped, mid-engine Italian rally weapon of the '70s.

It uses only one optional part not included in the kit, but the instructions alone will cost you €15, or about £13. While the interior is slightly less detailed than the Porsche's, the Stratos's natural good looks are on full display. Like the Porsche it cannibalizes, the steering, gearbox, doors, and engine move and function like the real thing.

It's truly impressive that the creator was able to make a realistic-looking representation of the Stratos using only parts from a completely different car kit (plus the solitary extra part). In fact, we'd wager that this actually looks better than Lego's Porsche kit. While the GT3 RS kit is technically impressive, it's hardly what one would call attractive.

With that said, we'd be tempted to drop some serious coin on two copies of the Porsche 911 GT3 RS kit, just so that we wouldn't have to choose which one we'd like to have on display at any given time.