Amazingly, the damage was relatively minor and it drove away the next day.

We see our fair share of catastrophic vehicle failures through the Motor1.com news desk. However, it’s not often we see a car turn into a freaking flamethrower. That’s exactly what happened to this C6 Chevrolet Corvette, affectionately named silver bullet by the narrator of this video from Complete Street Performance on YouTube. It’s not exactly a creative name, but since the car also shoots fire (which you can see by jumping to the 2:29 mark) it’s rather appropriate. Before you click play, know that there’s some strong language in the video.

As you can probably tell by the seriously lumpy idle and high-pitched whistle, this Corvette is far from stock. We don’t know the extent of the modifications performed, but a big camshaft and forced induction are certainly part of the equation. The first dyno pull at low boost made only 868 bhp; the car previously made 1,326 bhp so more tuning – and boost – was required. The second pull saw just a slight increase to 881 bhp, prompting the camera operator to verbally berate someone named Eric. We’re sure it was all in jest, but here’s a top tip – don’t piss off the guy in the car with a laptop and the ability to go batshit crazy with boost.

That brings us to the reason you clicked on this article. We learn later in the video that boost pressure was up to 26 pounds for this particular run. We also learn that the Corvette belted out 1,356 bhp milliseconds before the firestorm erupted, and the dyno curve suggested there was more power to come. Fortunately, quick action with a smallish fire extinguisher ultimately saved the day for both the building and the car. 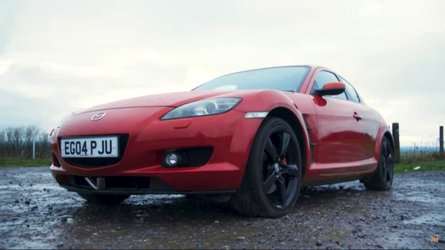 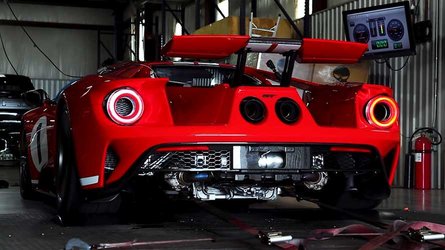 What exactly happened? The stock LS7 intake manifold simply couldn’t handle the pressure. It literally blew itself off the engine, which then dumped raw fuel into the cylinders. It ignited, turning the open exhaust exit on the side into a big blowtorch. Flames also shot through the top of the busted intake, but aside from that, damage was actually minor. Apparently, there was no internal damage, and the ‘Vette was back on the road with an upgraded intake manifold the following day.

As dramatic as this clip is, it’s amazing things didn’t turn out worse.