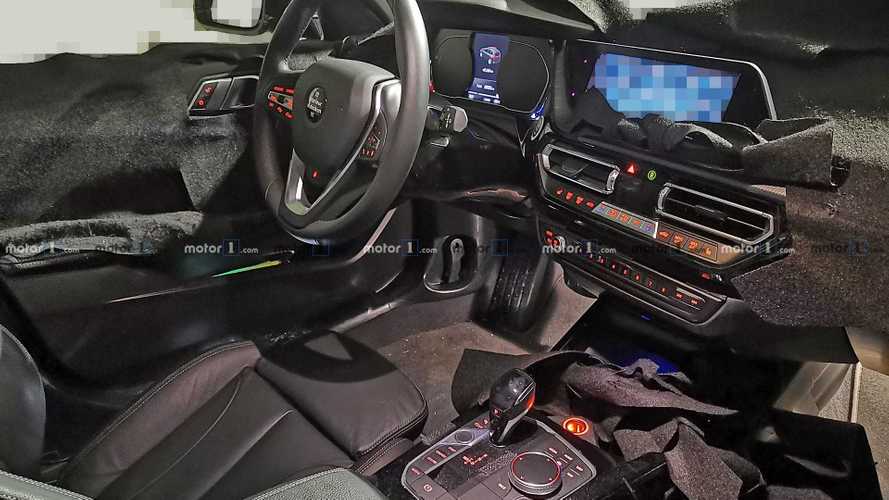 Look at that fancy ambient lighting.

With the recently announced M140i Finale Edition, BMW is signaling the imminent death of the rear-wheel-drive 1 Series and its straight-six engine. The tail-happy hatchback is making room for a completely transformed 1er, one that will switch to a FWD platform (with optional xDrive). Today, our spies have sent us a batch of images with Bavaria’s all-new entry-level model they’ve captured on camera inside and out.

Gallery: 2019 BMW 1 Series spied inside and out

We’ve seen our fair share of spy shots depicting camouflaged prototypes of the 1 Series, so the exterior doesn’t really bring anything new. We’ll just say the test vehicle appears to be the hottest of the bunch, based on the dual exhaust, blue brake calipers, and those sporty bumpers. We’re talking about the new M140i, unless it’s going to be called M135i to match the X2 M35i from where it’s expected to inherit the 302-bhp four-cylinder engine. There’s also a third scenario, with Autocar reporting it will go by the name of M140iX M Performance.

2019 BMW 1 Series spotted with less camo than ever before

The real story is about the prototype’s interior, showing some vast dashboard design changes compared to the outgoing (and rather aging) model. While the layout is indeed new to the 1 Series, BMW enthusiasts will agree the overall look bears a striking resemblance to the 2019 3 Series’ dash. If you don’t believe us, here’s a nifty side-by-side comparison to better notice the similarities.

Just so we're clear, the 1 is on the left while the 3 is on the right:

The intricate ambient lighting on the door cards as well as on the dashboard on the passenger side is a nice gimmick.

When it will be revealed, we won’t be too surprised if the new 1 Series will eschew the three-door model since demand in the compact segment for the cars that don’t have rear doors is shrinking. It remains to be seen whether BMW will change its mind about bringing the 1 Series Saloon to other markets, but for the time being, it’s only available in China and Mexico.

BMW’s big debut at the Geneva Motor Show next month is expected to be the new 3 Series Touring, so we might have to wait until September for Frankfurt to check out the overhauled 1 Series hatchback.