Some enthusiasts may argue BMW doesn’t need to build M versions of its SUVs, but business is business and we all know people are moving away from traditional cars and hopping behind the wheel of high-riding models. This prompted the Bavarians to launch the X5 M and X6 M many years ago, and now the German marque is expanding the recipe for the first-ever X3 M and X4 M.

Rather than waiting for a few months before coming out with the amped-up Competition version like it did with the M5 Competition, BMW decided to introduce this week the hotter versions at the same time with the normal models. These newly released videos complement the generous photo gallery and put the spotlight on the dynamic duo, which makes use of the most powerful straight-six petrol engine ever installed in an M car.

Go for either of the Competition models with the optional M Driver’s Package and you’ll have an SUV capable of doing 177 mph, which is mighty impressive taking into account the X3 M and X4 M each weigh around two tons. Besides being more powerful and faster than the lesser M40i models, the fully fledged M versions of the two SUVs also look significantly more aggressive, especially if you check out the back with the mighty quad exhaust system typical for an M car.

The larger 21-inch alloy wheels are also a telltale sign this isn’t an ordinary X3 or X4, while the optional M carbon exterior package coming in August will add some CFRP accents to further separate the M versions from their lesser siblings. There are also some subtle interior upgrades with M branding to justify what will surely be a hefty premium over the M40i models.

So far in the UK, BMW has only announced pricing for the Competition models. The X3 M Competition will start from £77,070 while the X4 M Competition starts at £79,990. First UK customer deliveries start in September.

All the technical specs here: 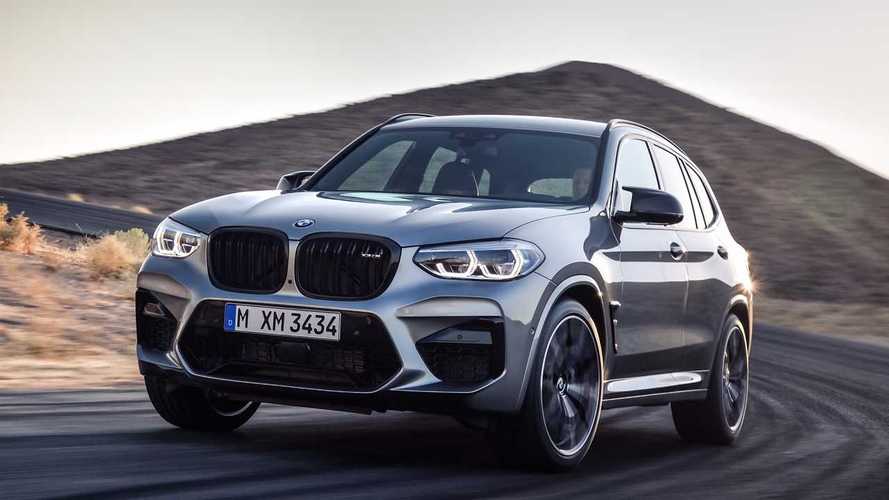