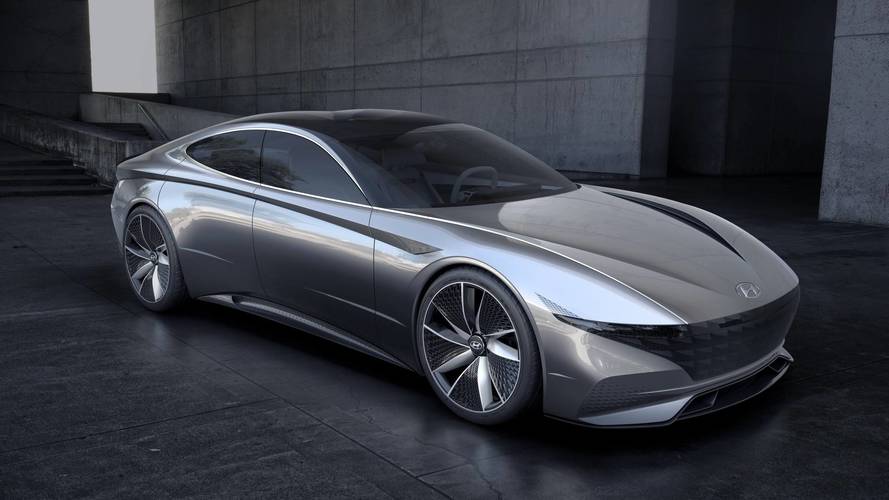 It will be inspired by the Hyundai Le Fil Rouge concept.

2019 will be very important for Hyundai, Kia, and Genesis. The three South Korean brands will launch no less than 13 new models in the next 10 to 12 months, and the new generation Sonata (aka i40 in Europe) should be among the most significant launches. Hyundai has big plans for its new saloon which should become a real head-turner.

Spy photos (attached gallery at the bottom of this article) have already revealed we will be dealing with a drastically new vehicle and the company’s head of its Korean design centre, SangYup Lee, said in a recent interview the car has been designed to create buzz just like the 2011 Sonata did shortly after its reveal. Saloon sales are going down every year but Hyundai wants to excite customers and make them take another look at the Sonata.

"The new Sonata is quite challenging for us obviously just because we all know that market is shrinking and taken over by SUVs," Lee told MotorTrend recently.

To achieve its goals, Hyundai is designing the new Sonata as a four-door coupe instead of a traditional boxy saloon. We definitely don’t like the term four-door coupe but it best describes what we are going to see – a sleek, sporty vehicle with progressive design and low roof profile. The overall design will be inspired by the Le Fil Rouge concept from last year (pictured in the gallery above).

See the spy photos and judge for yourself:

"It's almost like a four-door coupe style without compromising the usability inside," Lee added. "We will make big statements this year.”

An estate version of the new Sonata might be in the cards but a recent report indicates it will be sold on the European continent exclusively. Hyundai will replace the aging i40 there with the new Sonata and will follow a similar path from other manufacturers by going global with some of its models.

The new 2020 Sonata should debut at the upcoming New York Auto Show later this year with sales scheduled to begin in the second half of 2019.