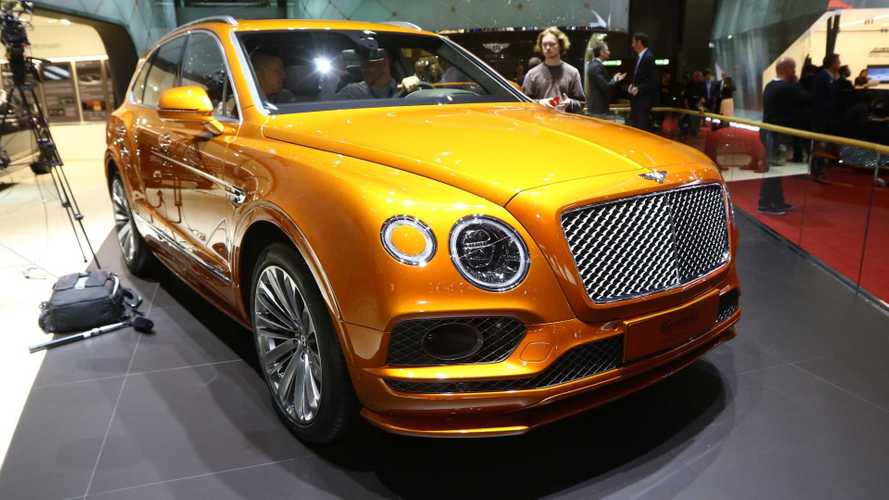 It's the fastest, but its Lamborghini sibling still has more power.

Here’s a pro tip: never buy an ultra-luxury vehicle immediately after it comes out because a faster and cooler version is never too far behind. Proving our point is the new Bentley Bentayga Speed, a hotter version of the British brand’s first SUV.

Unsurprisingly, this new Bentayga uses a 6.0-litre, twin-turbocharged twelve-cylinder engine, which was already at the top of the range. In Speed form, though, it’s even more potent with 626 bhp to the standard version’s 600 ponies. You'll note that 626 is not the 650 bhp that was originally rumoured, nor is it as impressive as the 641 bhp in the V8-powered Lamborghini Urus, which is a close relative of the Bentayga. We imagine there were some politics behind this outcome.

Torque, meanwhile, remains pegged at 664 pound-feet. But despite these modest gains, the Bentayga Speed is two-tenths of a second faster to 62 miles per hour, making the run in just 3.9 seconds. The top speed is better, too, with the new king of the Bentayga range topping out at 190 mph, three points up on the base W12. That makes it, according to Bentley, the world's fastest production SUV. Here’s what that looks like.

Deeper changes include a throatier exhaust, revisions to the Bentayga’s Sport mode, with a focus on how it modifies the performance of the engine, the eight-speed automatic transmission, and Bentley’s nifty 48-volt Dynamic Ride system. Overall, that suspension is firmer, for tighter body control and increased agility.

Aesthetic changes include a new 22-inch, 10-spoke wheel design (which hide the available carbon-ceramic brakes), as well as a smoked finish on the headlights, taillights, and grille finishes. In the cabin, there’s new Alcantara trim, which is part of a Speed-specific colour split that you can see in the gallery. Rounding out the cabin upgrades is the handsome “Speed” badge on the passenger’s side dash. None of this really strikes as a "big change" in design, though. If anything, the Bentayga Speed follows an established formula for Crewe's hotter models.

Bentley hasn’t announced pricing on the Bentayga Speed, but expect a five-digit increase over the standard W12, which already starts at around £162,700. This will not be a cheap vehicle, although we very much doubt Bentley will have any trouble moving the speedy Speed.

The new Bentley Bentayga Speed will make its grand debut in just a few weeks, at the 2019 Geneva Motor Show. And we’ll be there for it. Stay tuned for more on the latest member of the Bentley family.