Toyota GT86 British Green Limited if for Japan only 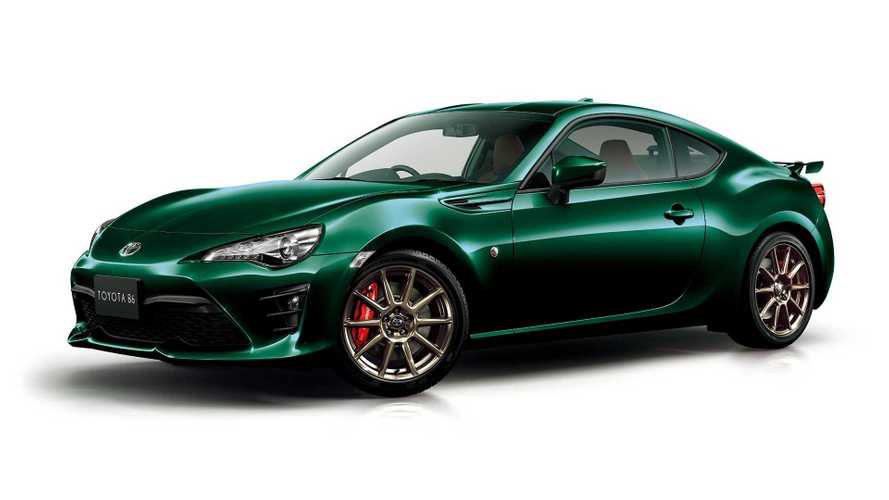 The special edition sports car will be available until the end of May.

For what it’s worth, Toyota is planning a next-generation GT86 which will remain a more affordable sports car than the recently introduced new Supra. As a spokesman for the company in the United States told us, “the GT86 has been in the Toyota family since 2013 and the plan is that it will continue to be a part of Toyota’s sports car lineup.” That’s all good but bear in mind we won’t see a new GT86, or a Subaru BRZ, before 2021.

What better way to keep the current model fresh than offer customers a new special edition of the two-door coupe from Japan. In fact, Japan is the key word here as the new Toyota 86 British Green Limited seems to be limited only to the Land of the Rising Sun – the automaker doesn’t mention its market plans for the vehicle, but all the available information about it comes from the brand's Japanese site.

Anyway, the British Green Limited, as its name suggests, comes finished in a certain green hue which strongly reminds of the classic British Green colour used on countless sports cars in the past. Interestingly, the interior features new two-tone sports seats wrapped in Alcantara leather and contrasting orange stitching for the black steering wheel and gear shifter gaiter, but the centre console lacks a display for the infotainment system. Purists are probably going to like it, but it looks somewhat a bit too basic.

While the limited edition model comes with no powertrain upgrades, a number of other improvements should make it a tad more capable on the road. For example, it now rides on lightweight and high-rigidity cast aluminium wheels hiding a Brembo brake system with big discs on all four corners. On the front axle, the calipers use four pistons, while the rear axle features two-piston calipers.

Toyota is already taking orders for the GT86 British Green Limited with prices starting at 3.318 million yen, or approximately £23,200 at the current exchange rates. The model will be available until May 31 this year.