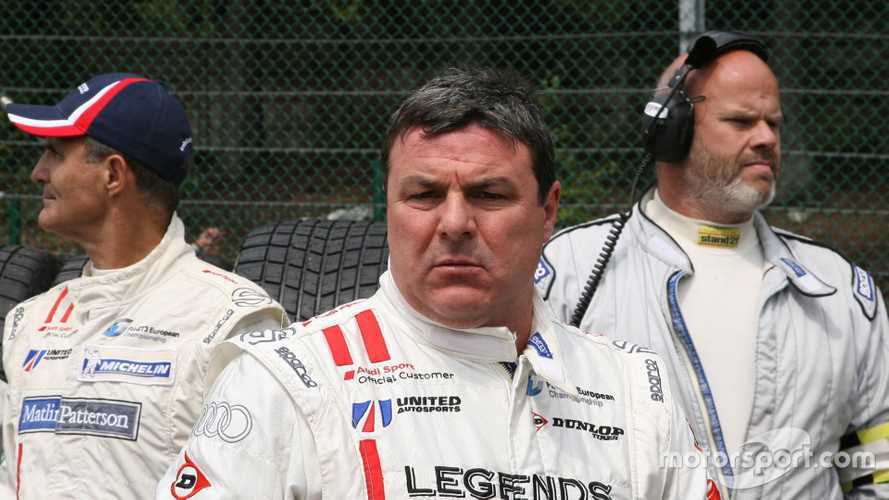 Ex-Formula 1 racer Mark Blundell will join the BTCC grid this season at the wheel of a Trade Price Racing Audi S3 for his first full season in tin-tops.

The 52-year-old, who last raced when he undertook a part-season in the British GT Championship in 2013, will join Jake Hill in the Trade Price Cars team, which is being overseen by experienced squad AmDTuning.com.

Blundell, a three-time podium finisher in F1 and the 1992 Le Mans 24 Hours winner, said that he was going to learn as much as possible during the 30-race campaign, but didn’t set any objectives. He has raced a saloon car twice with outings in the VW Scirocco R-Cup in 2010 and in 2012.

“I know I have a lot to learn,” said Blundell, who will begin his test programme later this month. “[BTCC chief executive] Alan Gow had been talking to me for ages about the BTCC, and this year I thought ‘why not?’. If I didn’t do it now, I probably never would.

“I was in talks with teams from the end of last year, but I needed the right deal for me and my backers and I found it with Trade Price Racing and AmDTuning.com. The level of parity between the cars in the BTCC is strong and I think the Audi is a solid foundation.

“While I know there is much to get to grips with, when I pull the crash helmet on, I will be giving it my all, as I always do.”

Blundell will line up alongside Jake Hill in the saloon-shaped cars, which have been run by AmDTuning.com since 2015.

Team principal Shan Hollamby said: “Mark is fully dedicated to this programme and I have already been impressed by his commitment to the BTCC.

“This is a key step for AmDTuning.com, to be helping with a driver of Mark’s calibre. He knows there is a lot to get to grips with, but he will get there, I am certain. He is a quality driver and I am sure that he and Jake will make a great combination.

“It is also an endorsement of the investment we have put in behind the scene and the work we have done on the cars. We are full of optimism about the season ahead and can’t wait to get stuck in to testing."

The British Touring Car Championship kicks off at Brands Hatch on April 6/7.