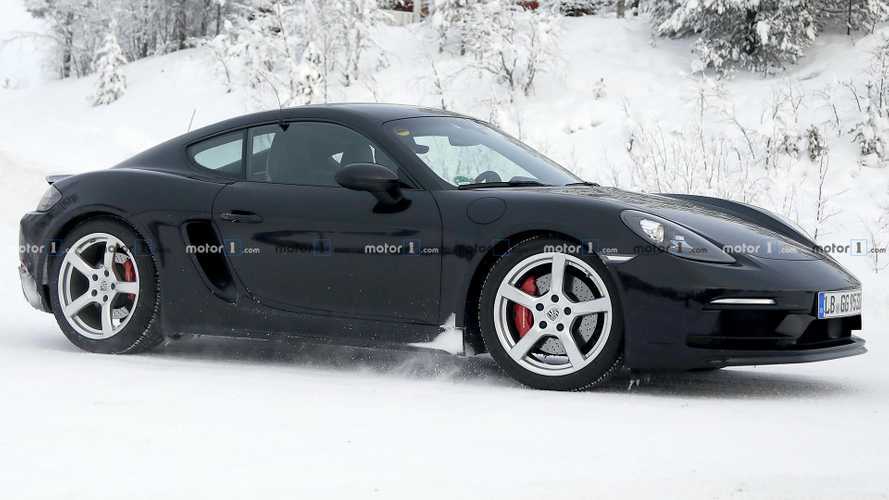 Why is Porsche testing what appears to be a 718 Cayman GT4 with a less aggressive body?

Our spies have uncovered Porsche testing a mystery version of the 718 Cayman. The odd model has the exhaust layout from the upcoming GT4 variant but lacks some of that machine's aggressive exterior parts. Until better intel comes in, we are speculating that Porsche might have a more civilised Touring version of the Cayman GT4 under development in these shots.

In comparison to earlier spy shots of the Cayman GT4 (gallery below), this one has the same front fascia with three big openings. However, it rides on a set of classic looking five-spoke wheels, rather than the more complex, V-spoke design from the previous test mules. The louvres in the side intakes appear less prominent here. The fixed wing is gone, too, and the 718 Cayman's regular active spoiler is on the back. Both models share an exhaust layout with two pipes and a wide separation between them.

A recent rumour suggests that Porsche intends to debut the 718 Cayman GT4 in July. At launch, it would exclusively be available with a manual gearbox, but an automatic allegedly joins the lineup in late 2020. Perhaps, these new spy shots are our first look at this variant. Conceivably, Porsche could differentiate the two versions by giving the one with the dual-clutch gearbox a slightly more docile appearance and orienting the other as the hardcore track car.

Presumably, both models would share a naturally aspirated 3.8-litre flat six that reportedly makes 420 bhp. The GT4 allegedly also has thinner glass and fewer amenities in the cabin that should help slice off around 50 kilograms.