Top Gear's old Stig is warning drivers of the dangers of tailgating.

Top Gear’s former Stig, the stunt driver Ben Collins, has put his weight behind a campaign to stamp out tailgating. 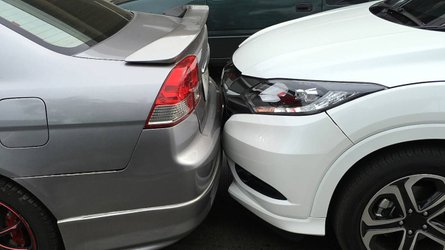 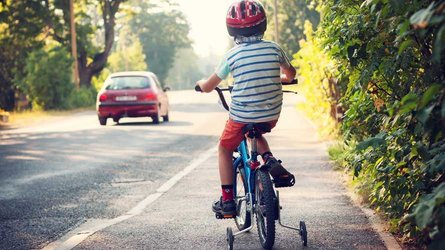 The racing driver has joined forces with Highways England, the government-run company responsible for maintaining England’s motorways and major A-roads, to alert motorists to the danger of following too closely.

“I discovered the dangers of tailgating at a very early age - in an overly enthusiastic game of musical chairs,” said Collins. “The music stopped and so did the kid in front of me. But I didn’t. I face-planted the back of his head instead. Following the vehicle in front too closely reduces your vision to zero, along with your time to react to danger. Stay safe, stay back and look ahead.”

And the ex-Stig, who left the hit TV show after outing himself as the silent, white-suited driver, is not the only big name getting behind the ‘Don’t be a Space Invader’ campaign. The RAC is also involved, along with road safety charity Brake and even the National Express bus company, which has fitted the campaign’s message to the tails of its long-distance coaches.

According to Highways England, the campaign began after research found that nine out of 10 motorists have either been tailgated or seen tailgating happen, while more than a quarter of drivers admit to having done it themselves. Despite this, Highways England says the majority of tailgaters are simply unaware that they are doing it.

The survey also revealed that tailgating is one of drivers’ biggest bugbears on the road, while data from a study of drivers’ reactions to tailgating found that the practise raised motorists’ heart rates and elicited feelings of anger and contempt.

“It’s great to have someone of Ben’s experience backing the campaign and the message today is really simple around tailgating,” he said. “We know that if you get too close to the car in front, you won’t be able to react and stop in time if they brake suddenly.

“Tailgating also makes the driver in front feel targeted and victimised, distracting their attention from the road ahead and making them more likely to make a mistake.

“It is intimidating and frightening if you’re on the receiving end. If that leads to a collision, then people in both vehicles could end up seriously injured or killed. We want everyone to travel safely, so the advice is stay safe and stay back.”