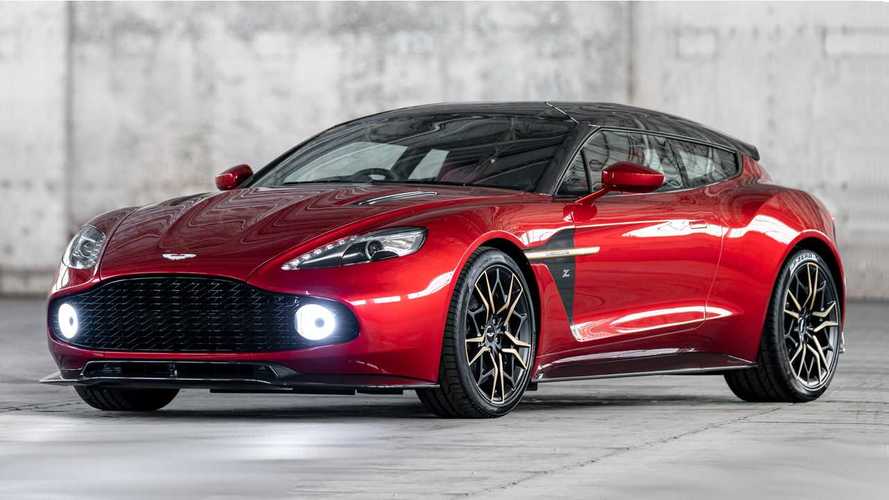 The range of cars will stretch across the company's 106-year history, right up to the latest edition of the Vantage that was unveiled last year.

One-off Aston Martin to be showcased naked at Retromobile

Among the cars on display will be a rare DB4 Convertible which was made famous in The Italian Job which celebrates its 50th anniversary this year.

I the cult classic, the DB4 – which is driven by Michael Caine's character Michael Caine – was pushed off the side of a cliff. However, the car seen going over the edge in the finished film was in fact a Lancia Flaminia Touring Spyder that was mocked up to resemble the British sports car. The actual Aston Martin has been in a private collection since the film's release in 1969.

Alongside the famous convertible will be the Aston Martin DB7 Prototype, DB9 and V12 Vanquish which are all being displayed as part of the show’s 'Icon Award' which is celebrating formwer Aston Martin and current Jaguar designer Ian Callum.

The Aston Martin Zagato Shooting Brake will also be on show. The car, which is one of just 99, will take centre stage Aston Martin Owners’ Club (AMOC) stand.

Other Aston Martin heritage collection vehicles will be displayed as well, including of of just 38 DB6 Mk2 Volantes. The example on show is presented in its original colour combination of Goodwood Green with a Beige interior, and has undergone a full restoration by Aston Martin Works. It is one of just a few DB6s to be restored at the very same Newport Pagnell factory where it was built and is currently valued at £1.5 million.

Joining it will be a first-generation Vanquish S. The car, which was first introduced in 2004, was one of the final cars the be built at Aston Martin's old Buckinghamshire plant which closed in 2007.

Finally, appearing alongside the latest iteration of the Vantage will be a pair of the car's 1970s descendants – a 1974 AMV8 Saloon and a 1978 AMV8 Volante.

"The London Classic Car Show is always an early high point of the classic car year in the UK," said Paul Spires, President of Aston Martin Works. "It’s a great opportunity for visitors to see some of the most exciting and exotic cars from across the decades, and I’m very pleased that Aston Martin is once again front and centre at this enjoyable and engaging event."