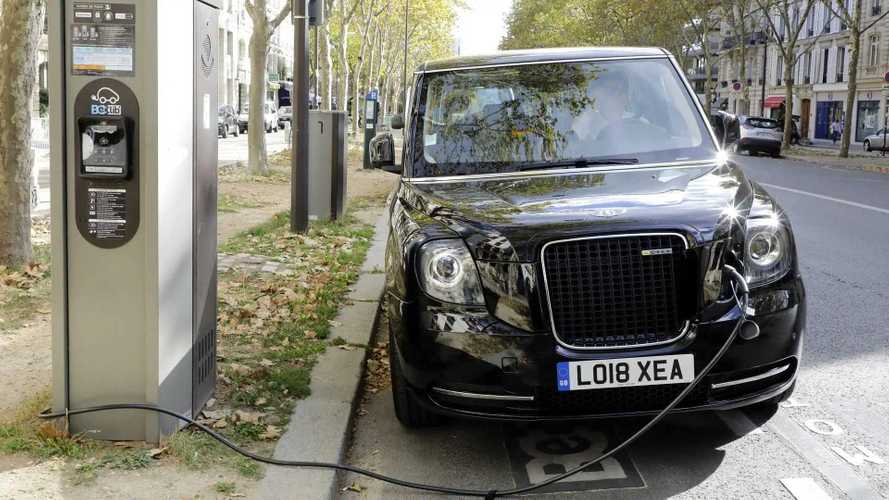 Councils across the country will install around 350 new charging points to support electric taxi uptake.

The government has set aside £6 million for 17 councils to install electric car charging points that will support the uptake of electric taxis.

More on the rise of the electric taxi:

The local authorities, which are dotted around the country in cities such as Manchester, Brighton and Leicester, will build a combined total of almost 350 charge points. Of those, around 300 will be rapid chargers, while 46 will be fast chargers.

According to the Department for Transport (DfT), around 800 ultra-low-emission taxis and some 3,000 private hire vehicles will make use of the charging points.

“The government wants all new cars and vans to be effectively zero emission by 2040,” he said. “Getting the right infrastructure and investment in place is a crucial part of this.

“Today’s funding will support almost 4,000 ultra low emission vehicles across the country. It is a further sign that the UK is making real progress in the transition to greener transport.”

And Automotive Minister Richard Harrington said the chargers would play their part in cleaning up the environment.

“The UK has led the world in cutting emissions while maintaining growth in our economy,” he said

“These new charge points for greener taxis will help accelerate a cleaner environment for people across the UK. This will also point the way for a better, healthier future for us all as part of the government’s modern Industrial Strategy which builds on the government’s long-standing partnership with the UK automotive sector.”

The Local Government Association (LGA), which represents councils across England and Wales, has welcomed the announcement, saying councils are “determined” to improve air quality.

“This funding for green taxi charging points is good news to help councils continue to improve air quality for their communities and reduce air pollution which is a major public health concern,” claimed the LGA's transport spokesman, Councillor Martin Tett.

“Councils have already introduced several measures to tackle air pollution, such as encouraging the use of electric vehicles with recharging points, promoting cycling, investing in cleaner buses, managing borough-wide air pollution monitoring networks, and pioneering the concept of low-emission zones.

“Councils are determined to do more in planning for new places in ways that improve air quality and promote more sustainable forms of travel but a lack of long-term funding is a clear barrier to such investment. Government needs to address this in the forthcoming Spending Review.”