Last production Dodge Demon for sale in Australia, or is it? 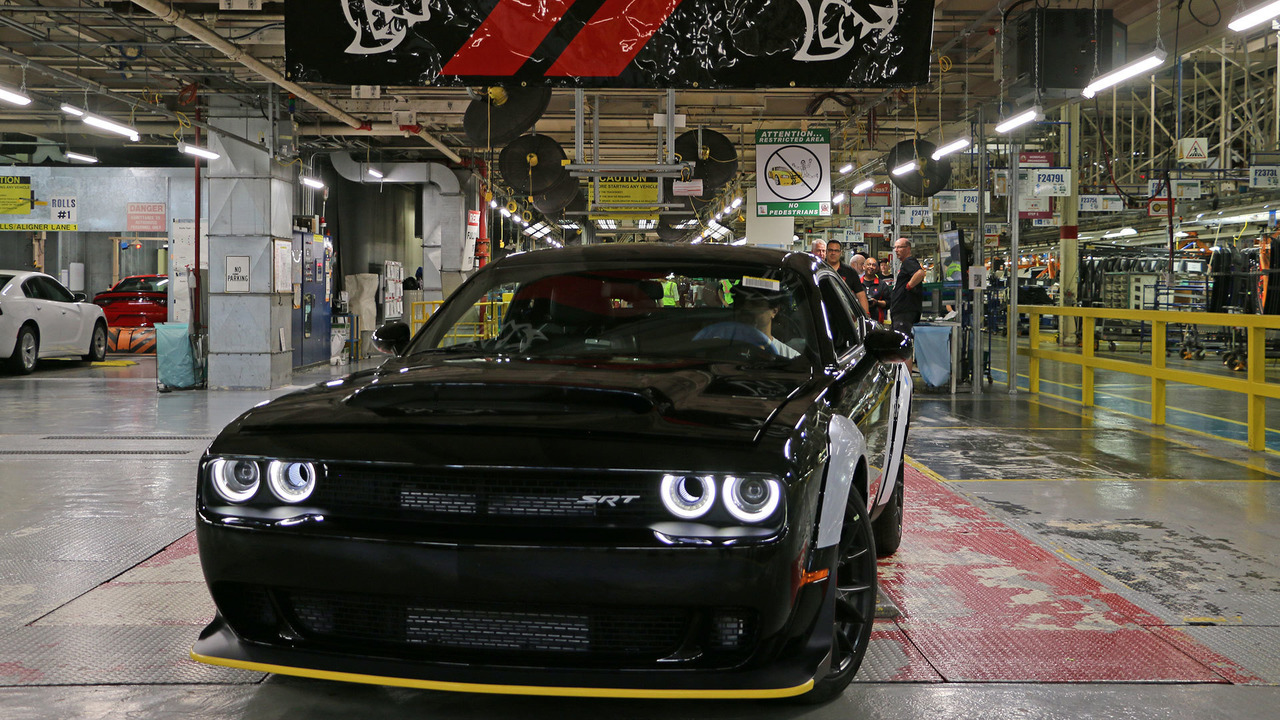 What’s black and white and red all over? Apparently, the last Dodge Demon.

Okay friends, here’s a head-scratcher for you. The crux of this automotive investigation started a couple days ago, when Motor1.com learned that the last production Dodge Challenger SRT Demon made its way to Australia, and was currently for sale. We clicked on the link at carsales.com.au and sure enough, the page loaded with a beautiful white Demon, priced at a not-at-all diminutive $450,000 in Australian currency. Pictures included a shot of the VIN and certification plaque that identifies this muscle car as number 3300 of 3300. Sounds cut-and-dry, but something was nagging at the back our noggin.

Jump back to May 2018, when Dodge made a big deal about the last production Demon rolling off the assembly line in Brampton, Ontario. Thing is, that car wasn’t white – it was as black as the devil’s soul. Would someone really repaint the last production Demon? That’s when another thought pierced our brain, this time from the Barrett-Jackson auction last June. The final production Demon was actually sold on live TV with the final Dodge Viper, and the pair fetched a cool million dollars. And they were both red.

Clearly, something strange is happening here. Would the final production Demon get repainted twice? In short, the answer is no, but it was repainted once. We shot an email to Dodge for some help on this, and here was the response from a Dodge/SRT spokesperson:

"The final Demon shown on the Brampton assembly line (black exterior at that time) was then hand-painted to match the Viper Red (paint code LRN) for the Barrett-Jackson "The Ultimate Last Chance Auction" Northeast Auction last June.”

That solves the black-to-red conundrum, but what about this white car in Australia? Dodge doesn’t explain the 3300 serial number, which also matches the last four digits of the VIN. But the spokesperson points out the VIN is different from the car that sold at Barrett-Jackson, and as such, it is not the last production Demon.

“The VIN for this vehicle (2C3CDZH97JH103314) was published on Barrett-Jackson's website at the time of auction:  2018-DODGE-CHALLENGER-SRT-DEMON, so this vehicle in Australia is not the final production car built.”

Numbering sequences for new vehicles don’t always follow a linear path, and can sometimes include pre-production vehicles recertified for public sale. We don’t think there are any under-the-table dealings happening here, but it certainly seems interesting that Dodge would label a vehicle 3300 of 3300 and not have it be the last car. The question still burning in our brain is if more than 3300 Demons were ultimately built. If the Dodge-confirmed final production Demon has a VIN ending in 3314, are there 13 other cars between it and this white one?

In any case, it seems this dealer in Australia has Demon number 3300, but it’s not the last one off the assembly line. Is it still worth $450,000? That's another good question.