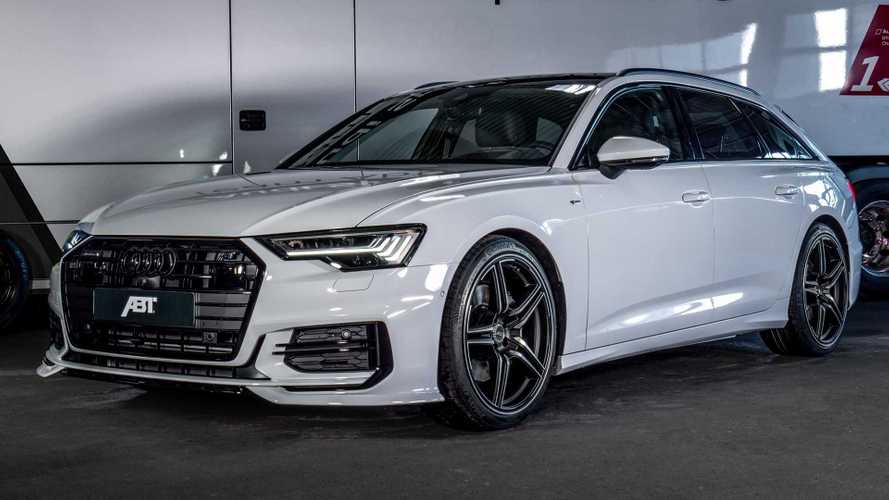 The 3.0 TDI gets a healthy power boost to complement the estate's new look.

In September 2017, an interesting report emerged about Audi’s alleged plan to install a diesel engine underneath the bonnet of the next-generation S6 (and S7 Sportback). It’s February 2019 and the warm midsize saloon from Ingolstadt still hasn’t been revealed, so we don’t know whether that old rumour has a leg to stand on. The S6 has been caught out and about without any camouflage whatsoever, so an official reveal must be around the corner.

If you can’t wait for the wraps to come off and/or you’re worried there won’t be a TDI-powered S6 after all, the German tuners at ABT have got your back. For next month’s 2019 Geneva Motor Show, the Kempten-based aftermarket specialist has prepared an upgraded version of the S6 in estate flavour and equipped with the 3.0-litre V6 engine running on Devil’s fuel.

That nice plaque on the engine cover with the “ABT POWER” logo is a telltale sign the six-cylinder engine has been massaged to deliver more oomph. While the stock Audi variant of the TDI mill pushes out an already healthy 282 bhp and 457 pound-feet of torque, ABT has worked its magic to extract 326 bhp and 494 lb-ft. Thanks to the newly gained diesel punch, the tuner was able to shave off two tenths of a second from the sprint to 62 mph, which now takes 5.5 seconds.

There’s more to this A6 Avant than the upgraded V6 as ABT has also developed a subtle aero kit for the luxury estate. Up front, there’s an add-on piece with a spoiler blade finished in glossy black together with a decorative strip to give the family hauler a bit more attitude. The glossy black diffuser at the back further highlights this isn’t an ordinary version of Audi’s 5 Series Touring rival.

Rounding off the styling tweaks are the blacked-out Four Rings, custom 21-inch alloy wheels with 255/35 R21 Continental tyres, while on the inside there’s an ABT-branded start/stop button and door-mounted LEDs projecting the tuning company’s logo.

Tuned Audi RS4+ Avant has some fun in the Alps
⠀