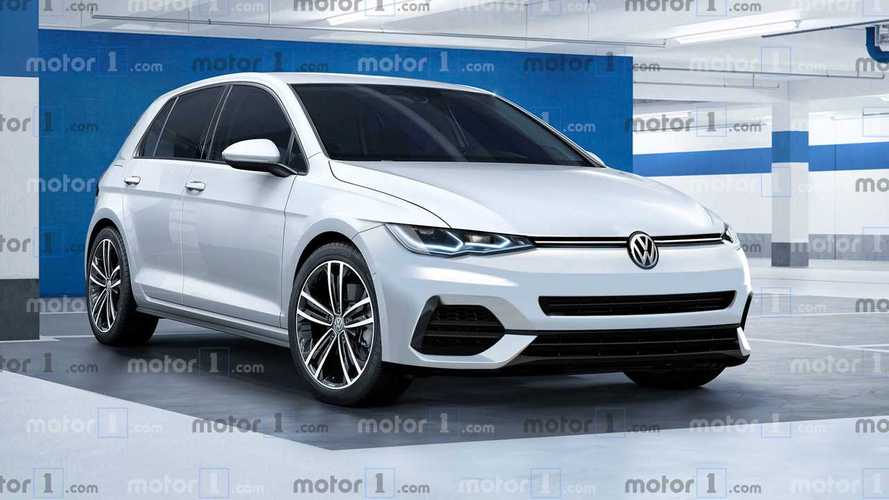 The eighth generation of VW's best-selling car should debut this summer.

In 2002, the Golf became Volkswagen’s bestseller of all time and is currently still the brand’s best-selling model in Europe. It is set to enter its eighth generation in 2019, which should bring improvements on all fronts without touching the vehicle’s DNA. Here’s everything we know about the new 2020 Golf plus several exclusive renderings of the car that preview the design changes.

The Golf is, of course, Volkswagen's most important model in terms of sales and “the benchmark and icon of compact cars.” Given the ever-growing demand for crossovers and SUVs, however, that might change at some point in the future, but, frankly, we can’t see it coming soon – we predict it will remain VW’s bestseller for at least several more years. Even if it loses the crown, the Golf will remain a fundamental vehicle for the German company and will contribute significantly to its growth.

Volkswagen first started talking about the new Golf during last year’s Golf 8 Supplier Summit when it released a vague teaser sketch. Another teaser image was published in December 2018 giving us a better preview of the car’s overall profile.

The first teaser images confirm Volkswagen will play it safe when it comes to the design of the new Golf. It will retain its traditional hatchback shape which will be combined with shorter overhangs and sharper lines for a sportier appearance. LED lights at the back with integrated sweeping turn signals and LED headlights up front should make it look a touch more premium than the current model. Optionally available, just like on the refreshed Passat for Europe, should be matrix LED headlights.

The changes will be much more drastic inside the cabin where we expect the conservative layout of the dashboard to be replaced by a high-tech two-screen arrangement inspired by the latest Volkswagen Touareg. The displays will be a bit smaller than on the SUV but the proportions will be similar. VW’s third-generation infotainment system should be onboard together with the latest evolution of the automaker’s digital instrument cluster.

What’s under the bonnet?

The Golf 8 will be lighter than the outgoing model and will get a 1.5-litre TSI with cylinder deactivation tech. A smaller 1.0-litre three-cylinder turbo unit should act as an entry-level option in most of the European markets, while customers on the Old Continent will also be able to buy a diesel-powered Golf. This one will have either a 1.6-litre or a 2.0-litre TDI diesel, which, when equipped with an automatic transmission, is expected to be among the best-selling configurations.

Most reports claim the next-generation of everyone’s favourite Golf GTI will carry on with a 2.0-litre turbo engine with an output of about 252 bhp, available with either a six-speed manual or a seven-speed dual-clutch automatic. Just above it, Volkswagen will introduce a new Golf GTI TCR with 286 bhp. As a final note, the 1.5-litre TSI and 2.0-litre TDI powertrains will benefit from a 48-volt mild-hybrid system.

When we will see it?

Volkswagen has already confirmed production of the new Golf will begin in June this year with different sources claiming the online premiere of the car should happen later during the summer. We’ll probably see it in person for the first time at the 2019 Frankfurt Motor Show.