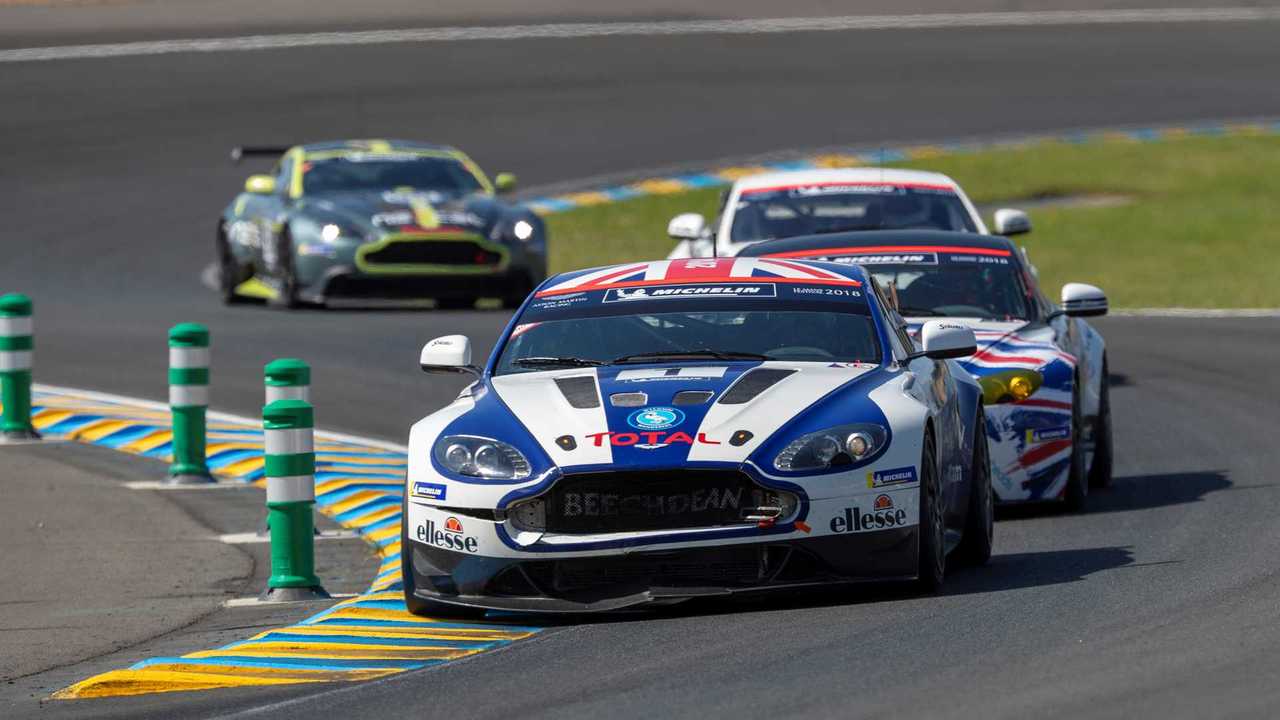 It has teamed up with Masters Historic Racing.

Aston Martin has announced the formation of a new heritage department which will look after the brand's historic racing cars.

The Aston Martin Masters Endurance Legends Series, or AMMEL, is open to Le Mans prototypes and GT cars from 1995-2012. During that period Aston Martin raced the iconic DBR9 GT1 car, as well as the Lola B09/60, prototype, otherwise known as the Aston Martin DBR1-2 (above), among a number of other GT2 and GTE cars.

AMMEL races consist of races between 30 minutes and 45 minutes, with a mandatory pit stop and the ability to race with either one or two drivers.

"The creation of Aston Martin Heritage Racing draws together our various historic motorsport activities and provides a platform from which we will continue to extend the scope of our presence in the vibrant and hugely popular international historic racing scene," said Andy Palmer, Aston Martin Lagonda president and Group CEO. "Our official automotive partnership with Masters Historic Racing sees our Vantage and Rapide AMR models serving as official Safety Cars and Course Cars, while our title sponsorship of the Aston Martin Masters Endurance Legends Series supports a spectacular grid of iconic modern classic machines that once competed in some of the world’s greatest endurance races."

"With high profile races confirmed at this year’s Silverstone Classic in July and Spa Six Hours historic meeting in September, three race weekends in 2020 and all providing a Road to Le Mans, we can look forward to seeing the finest Aston Martin competition cars of the more recent past racing on some of Europe’s best circuits."