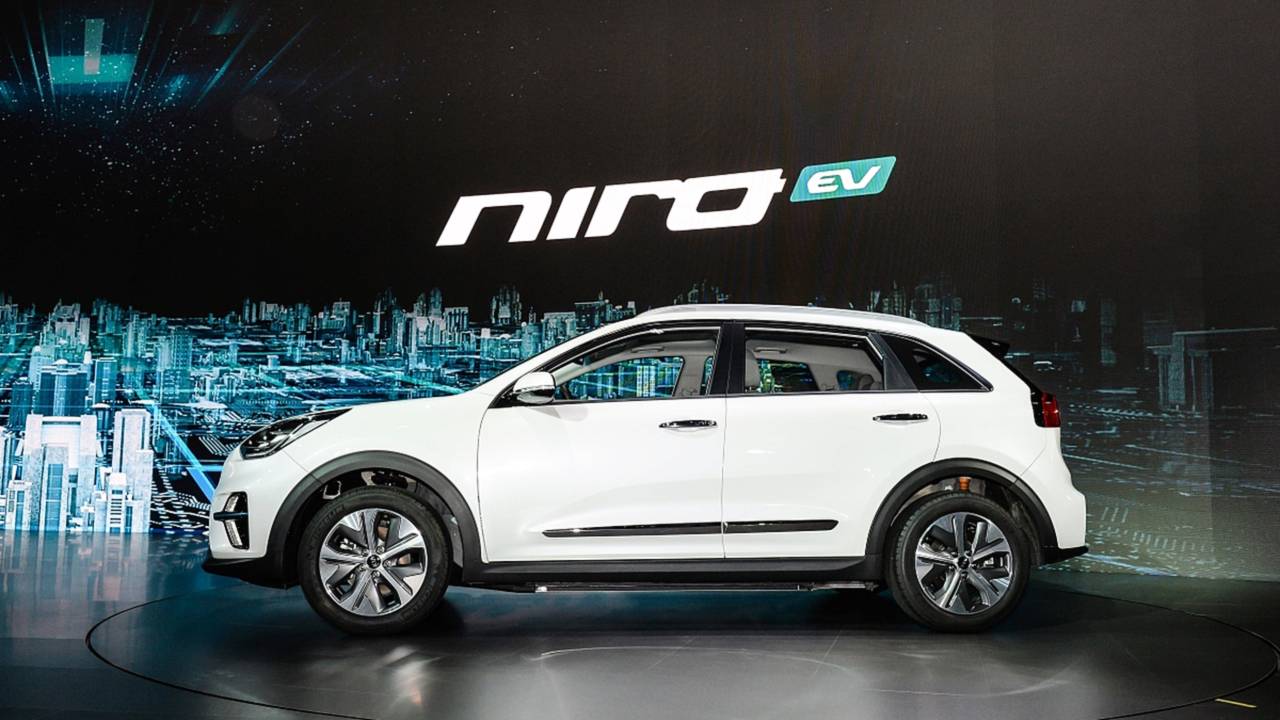 The electric SUV is so popular there's not enough batteries to satisfy demand.

If you were looking to get your hands on the all-electric version of the Kia Niro, you're out of luck because all 900 have been sold already, according to Auto Express.

It only took a few weeks for the UK's small allocation of e-Niros to find owners, and it's proving popular elsewhere, too – so popular in fact that there's a production bottleneck delaying any more from arriving in the UK until next year.

Another consequence of the popularity of the car – and the related Hyundai Kona Electric – is that Samsung and LG, which supply the batteries for both cars, have doubled their outputs, yet still can't keep up with demand. The battery supply issue is set to continue for up to another year and a half according to John Hargreaves, Kia’s head of fleet and remarketing.

The April delivery date of the UK's allocation of e-Niros has also been put back until the end of this year as well due to the production bottleneck and the car's global popularity.

Production of the car will be ramped up next year once the battery supply issues are resolved.

The electric SUV will be available in a number of variants, with the range-topping 64kWh model confirmed to have an impressive range of 301 miles thanks to features like regenerative braking and Predictive Energy Control (PEC). The standard car, however, will come with a 39.2 kWh battery pack which will be capable of 193 miles per charge.