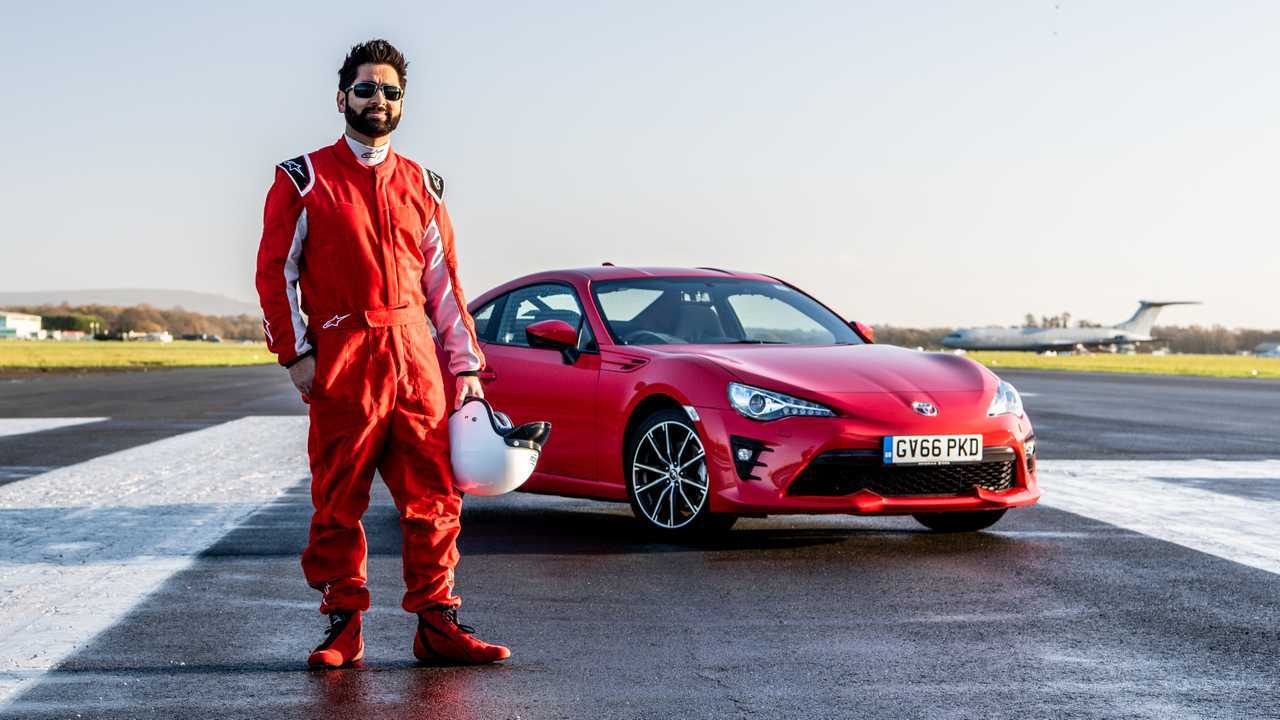 Toyota has helped a blind driver take to the famous Top Gear track, where he has become the fifth-fastest person to lap the iconic airfield track in a GT86.

Dr. Amit Patel lost his light six years ago. Before that he was a proficient driver – he was an NHS first-response medic so he was skilled in safe, fast driving in emergency situations until his career was cut short by sudden and complete sight loss.

Watch a blind man drive a Honda NSX to 150 mph

Patel's journey to the race track was part of Toyota's Start Your Impossible programme, where it encourages people to overcome their hurdles to mobility and personal achievement. The programme reflects Toyota’s eight-year partnership with the International Olympic and Paralympic Committees.

"It’s been six years or so since I’ve been behind the wheel of a car, but it’s funny how things come back to you – the sound of the engine, the gear changes, the clutch and the brake," said Patel. "But then driving, and not knowing where you’re driving, that’s the insane part."

Patel's lap time of 1m46.58s puts him ninth fastest on the leaderboard of drivers who have lapped the Dunsfold Aerodrome near Guildford, Surrey in the GT86. The time ranks him higher than the likes of James McAvoy Frankie Dettori, Jon Culshaw, and Lee Mack who all set slower times during their official laps on the show.

Performance driving instructor Mark Watkins (below) guided Patel round during laps, providing constant guidance on steering, acceleration and braking from the passenger seat.

"Amit was immediately natural behind the wheel. What impressed me all the way through was how he was just so smooth," said Watkins, who has experience working on-track with blind and partially sighted people.

There were no dual controls used during Patel's time on track, which began with laps in the Yaris hatchback before graduating to the rear-wheel-drive GT86.

"I focused on the instructions, concentrating on what Mark was saying,” said Patel. “I tend to forget that I can’t see, it was crazy just to think that I was actually doing this. Being on the test track, driving the GT86, it was a dream come true."

"Blindness is always going to be in my life, but I don’t wake up in the morning and dwell on it, I just get on with it," he added. "That’s easy to say now, but five years ago it wasn’t. I have a wonderful wife who helped me out when I needed it and gave me the motivation, and we have an amazing two-and-a-half-year-old son. In my head I can see a smile on his face and I’m hoping that he’s proud of what his dad’s achieved."

In 2004 blind military veteran Billy Baxter lapped the 2m02s which guidance from former-host Jeremy Clarkson. His time was faster than two of the fully sighted contestants, Terry Wogan and Richard Whiteley, and during a practice lap he went even faster, setting a time of 1m58s according to former Stig Ben Collins.