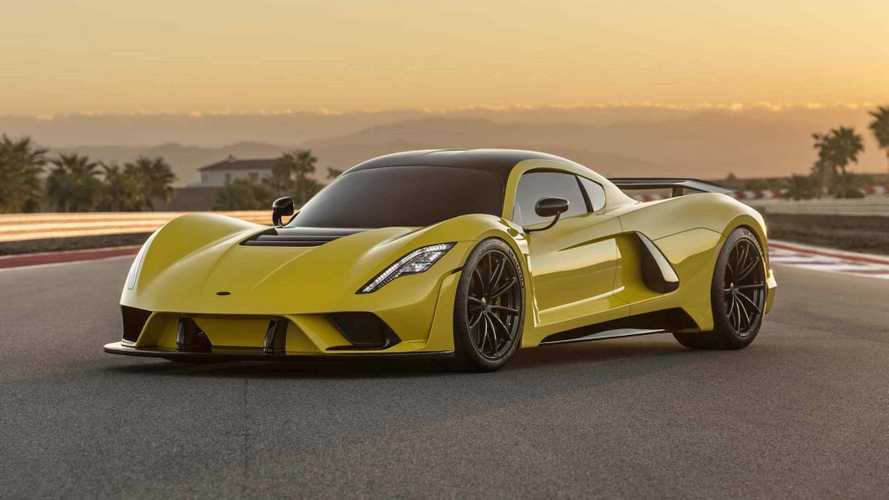 When Hennessey revealed the Venom F5 at the Quail in Monterey and in SEMA, it astounded the world with its mind-blowing 1,600-bhp V8 engine. More so, when John Hennessey himself revealed that they are targetting to set a top speed record of 311 miles per hour with the hypercar. While all of this would have been just promises without an actual date for the top speed run nor the production vehicle, Hennessey has revealed more information about the future of the Venom F5.

In an interview with Top Gear, Hennessey said that electrification won't be the future for the Venom F5. In the imminent electrified future, the Texas-based tuner would like to think of themselves as the old school guys who prefer internal combustion engine in making their cars run fast.

While all of that is well and good, probably set in stone, Hennessey continued with the interview by disclosing some important dates for the Venom F5.

The first prototypes of the Venom F5 will be built in June with the great plan of revealing the car to customers in August at Pebble Beach. After that, the F5 will begin testing high speeds starting from September towards the end of 2019. Lastly, the production-spec Venom F5 will finally be revealed in 2020.

Watch out, Bugatti and Koenigsegg:

Of course, these dates are still plans and there are many things that could happen and change the course of the Venom F5's development. But at least there are concrete dates now, and those are the things that we're watching out for, especially those 24 people – 12 in the United States and 12 from the rest of the world – who are already billed to buy the £1.2-million hypercar.