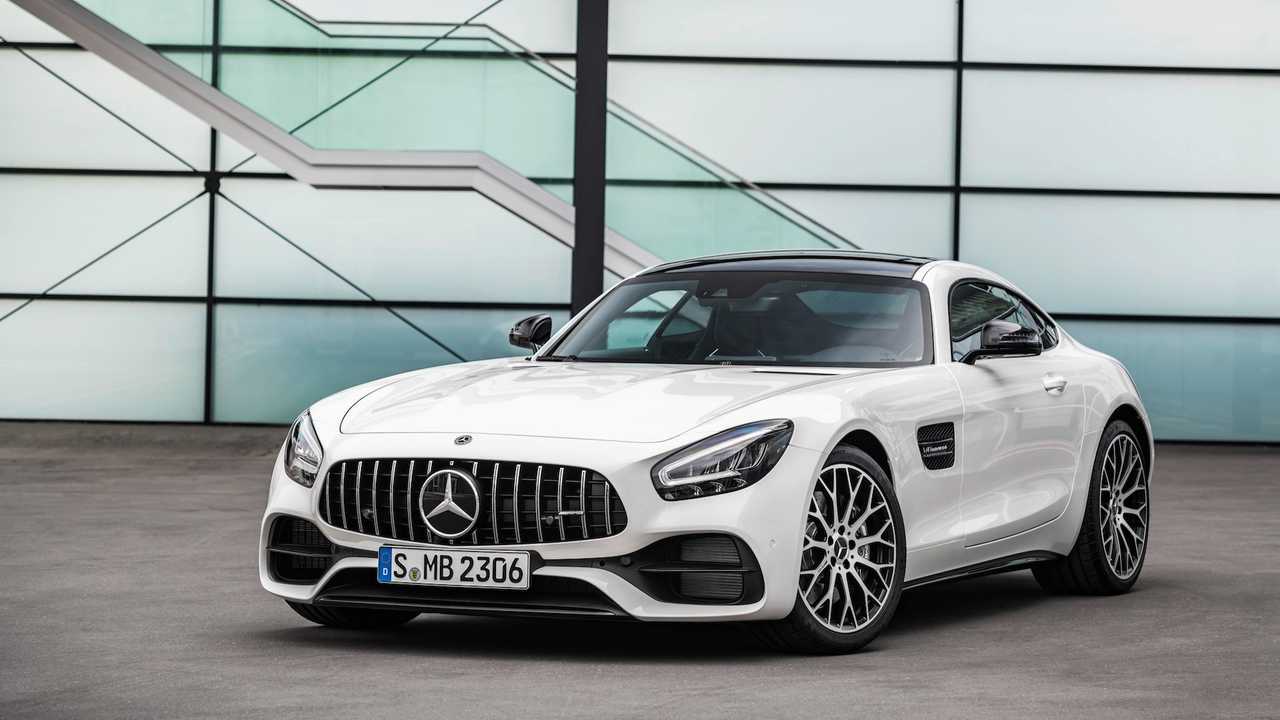 Mercedes has opened the order books for its facelifted AMG GT sports coupe ahead of the first customer deliveries in May.

Priced from £104,130, the updated model joins its four-door sibling in Mercedes-AMG’s sports car line-up, bringing with it a host of external and internal updates.

Widebody 2019 Mercedes-AMG G63 is an ode to carbon fibre

As before, the GT will be available in hard-top Coupe guise or as a soft-top Roadster model, with the latter commanding a premium of around £11,500.

But although the bodystyles and basic silhouette remain unchanged, the GT has undergone a little cosmetic surgery. At the front, there are new lights, while the rear end is bestowed with new tailpipes.

And under the curvaceous bonnet, the GT retains its 4-litre V8 powerplant, which is once again available in multiple variants.

The ‘entry-level’ car gets a 469 bhp version, allowing a 0-62 mph time of four seconds flat and a top speed of 189 mph, although the Roadster will only manage 188 mph.

There’s also a mid-range S model, which comes with 515 bhp and can cut the 0-62 mph time by two tenths and adds a couple of miles an hour to the top speed. It’s around £13,000 more expensive than the standard car, coming in at £117,430 in Coupe form, but it won’t cost a lot more to run. Both cars return around 23 mpg according to the new, more ‘real-world’ economy and emissions test.

But as well as changing the performance figures, the variants also come with differing equipment.

The basic car is hardly Spartan, with a digital instrument cluster, heated seats and 19-inch alloys all featuring as standard, not to mention full leather upholstery, an AMG Performance exhaust and automatic climate control.

But moving up to the ‘S’ version will buy you clever Ride Control suspension that can adjust the way the car handles and rides, as well as a limited-slip differential for the rear axle.

And the range-crowning ‘C’ gets four-wheel steering, automatically dimming mirrors and a high-end Burmeister sound system.

If that’s not enough, though, Mercedes will sell its customers a range of optional extras. The Premium Package, for example, is standard on the GT C, but it adds the Burmeister sound system and dimming mirrors to the lowlier models - as well as a panoramic sunroof for the Coupe - all for the princely sum of £3,495 (£2,995 for the Roadster).

And those in search of more style might find it in the shape of the £4,495 AMG Carbon Fibre Package, which buys you a carbon-fibre diffuser, front splitter and door mirror housings.