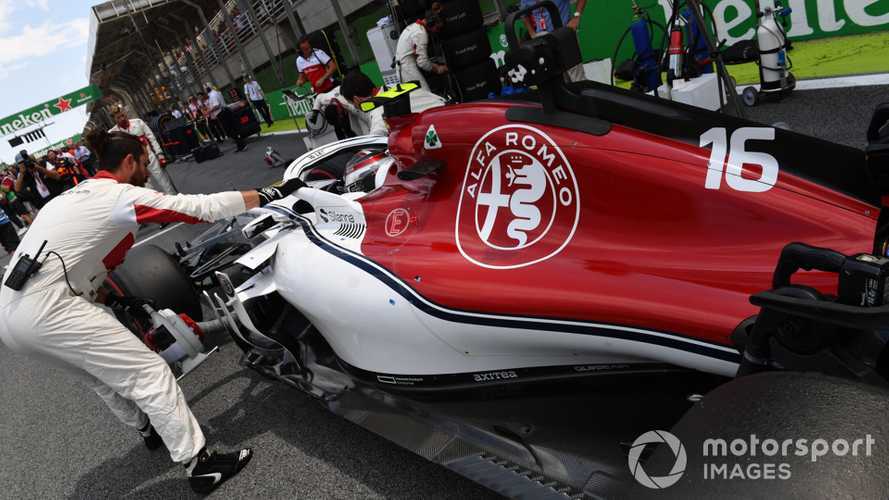 The Sauber name will disappear from the Formula 1 grid in 2019 as the team officially rebrands as Alfa Romeo Racing.

That partnership was always intended to expand onto a technical front to enable Alfa, part of the Fiat group that includes Ferrari, to become more actively involved.

The team will be entered into the 2019 world championship as Alfa Romeo Racing, effectively reviving the works entry that won the inaugural F1 titles in 1950 and 1951.

It is not strictly an out-and-out factory operation, as Sauber's ownership and management remain unchanged and independent of Alfa.

The cars, which will driven by 2007 world champion Kimi Raikkonen and Ferrari test and development driver Antonio Giovinazzi, will sport Alfa's four-leaf clover emblem that denotes its high-performance vehicles.

Alfa team principal Frederic Vasseur said: "It is a pleasure to announce that we will enter the 2019 Formula 1 World Championship with the team name 'Alfa Romeo Racing'.

"After initiating the collaboration with our title sponsor Alfa Romeo in 2018, our team made fantastic progress on the technical, commercial, and sporting side.

"This has given a boost of motivation to each team member, be that track-side or at the headquarter in Switzerland, as the hard work invested has become reflected in our results.

"We aim to continue developing every sector of our team while allowing our passion for racing, technology and design to drive us forward".

Founded by Peter Sauber, the team scored points in its debut season and every year thereafter, with the exception of a troubled 2014 campaign.

It struggled again in 2016 and 2017 but fresh investment, hiring Vasseur as team boss and establishing closer links with Ferrari and subsequently Alfa have helped revitalise its fortunes.

That left Sauber tipped as the team to watch in F1 this year, following its improvement with contemporary Ferrari engines and an enhanced technical effort in 2018 that helped it finish eighth in the constructors' championship.

"We're proud to collaborate with Sauber in bringing Alfa Romeo's tradition of technical excellence and Italian panache to the pinnacle of motorsport.

"Make no mistake: with Kimi Raikkonen and Antonio Giovinazzi on one side of the pit wall and Alfa Romeo and Sauber expertise on the other, we are here to compete."