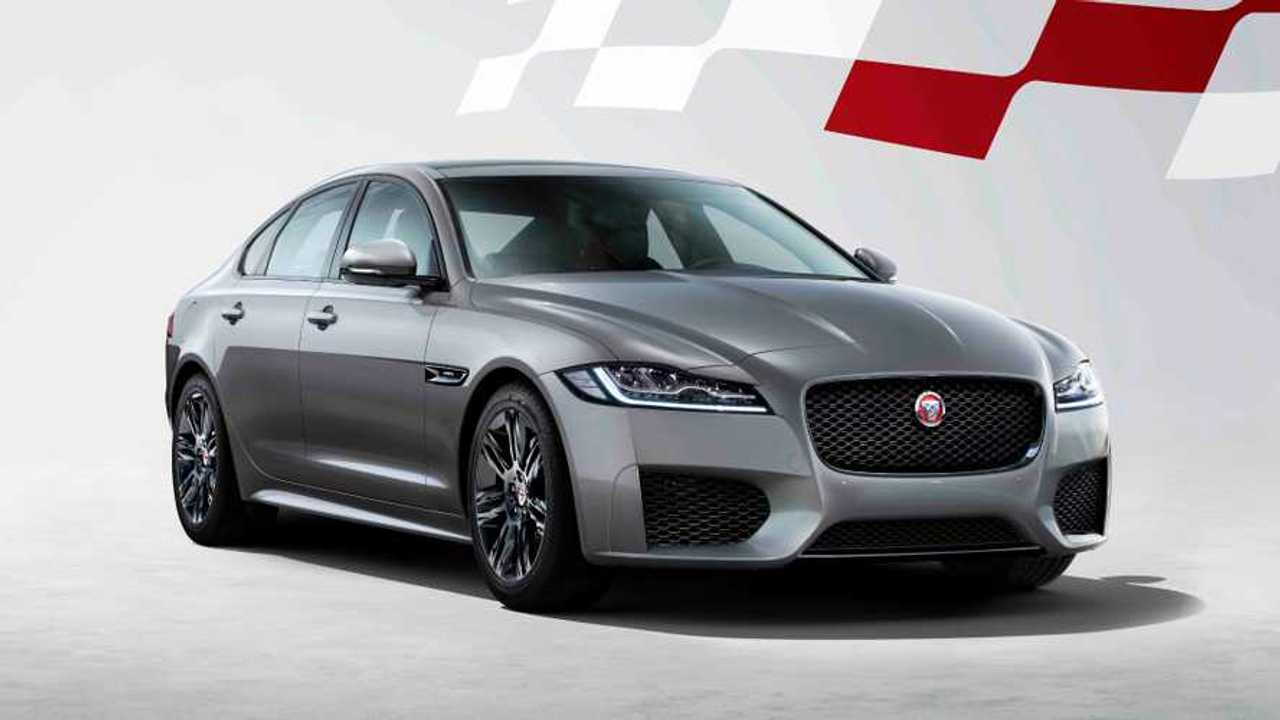 Jaguar has launched a special-edition version of the XF that's designed to give the executive car a sporting edge.

Offered on both the standard saloon and Sportbrake estate models, the new Chequered Flag model gets exterior and interior design tweaks, as well as new tech and a range of engines.

Jaguar Black Editions released on most depressing day of the year

At a glance, the Chequered Flag models are set apart by their aggressive front bumpers and black finish on the 18-inch alloy wheels. Look closer, though, and you’ll spot the black side vents and the subtle badging.

Inside, the Chequered Flag gets more dark, motorsport-inspired touches, such as the Dark Hex aluminium dashboard finisher and the contrast stitching on the seats. Customers can choose between two interior finishes, with either black or red leather adorning the seats and door cards.

The standard on-board equipment is similar to that of the mid-range XF R-Sport model, so toys such as climate control and satellite navigation are included in the £40,020 asking price, but the Chequered Flag also gets a range of gadgets that are normally optional extras.

In front of the driver, the 12.3-inch digital instrument cluster features, while keyless entry and start is standard, too.

And as part of Jaguar’s 2019 updates, the Chequered Flag and every other XF model now gets a new Smartphone Pack, which includes the Apple CarPlay and Android Auto connectivity systems.

Up front, customers will be able to choose from a range of five engines. The two petrol options are the high-powered 2-litre 247 bhp and 296 bhp units - both of which come with automatic gearboxes and the choice of rear- or four-wheel drive.

Those preferring diesel power get slightly more choice, including the cheapest version. The 2-litre 178 bhp engine props up a range that includes a 237 bhp unit and a 3-litre V6 diesel with 296 bhp.

The two more potent engines come with automatic gearboxes as standard, while the 3-litre comes with rear-wheel drive and the 237 bhp engine has all-wheel drive. The low-powered version, though, gives drivers a choice of gearboxes and driven wheels.

Ian Callum, Jaguar’s director of design, said: “The XF Saloon and Sportbrake combine the elegance and exceptional performance which underline all Jaguars. Both XF models feature beautiful silhouettes giving them a dynamic appearance perfectly suited to the Chequered Flag badge.”