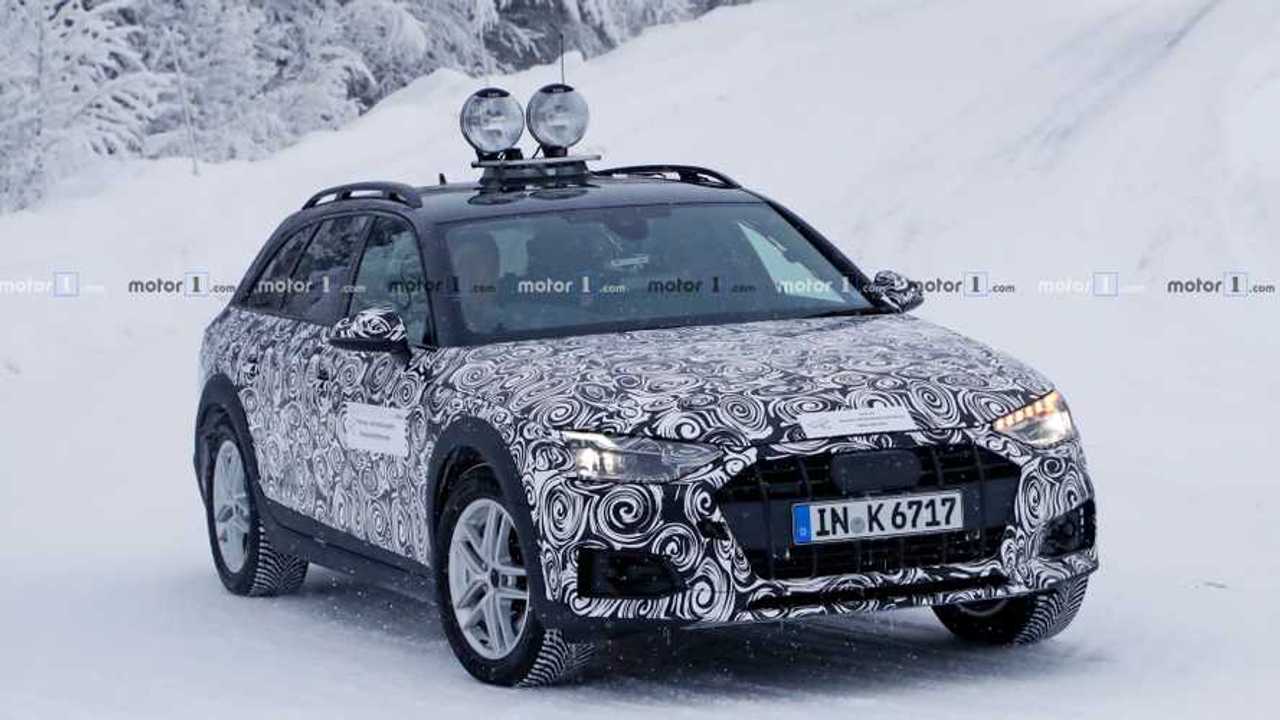 We know Audi has a major facelift coming for the A4. We caught our first glimpse of the camouflaged saloon and estate last month, and now spy photographers captured the elusive Allroad model testing in the snowy white north. At a quick glance this could almost be mistaken for the A4 Avant we saw previously – the camouflage pattern matches, as well as the wheels and even the location for the photos. There are some key differences, however, that tells us this is the Allroad.

Our previous A4 encounters:

For starters, this car wears additional cladding along the lower rockers and wheel arches indicative of the Allroad. The grille is slightly altered as well, and though the wheels look the same as those we saw on the Avant, these are ever-so-slightly different. A close look at the front also reveals a different fascia with restyled housings for driving lamps as the corners. Not necessarily Allroad specific are new taillights and a retooled rear fascia with rectangular exhaust tips. Sadly, the awesome dual spotlights on the roof are only there for testing purposes.

What else will change on the facelifted Allroad? The interior is expected to receive an A6-style makeover, with fewer buttons and more touchscreen displays. As such, the A4’s current floating infotainment touchscreen should move into the dash, with AC vents moved up to create a broad, clean-looking dash with lots of horizontal appeal. The company’s latest features and equipment are likely part of the package, including driver assists and perhaps new semi-autonomous functions. Beneath the skin and wiring, powertrain options should remain the same with perhaps a minor power bump to accompany the refreshed face.

The A4 just received an extremely minor revision for 2019, and with all these A4 prototypes caught on camera only recently, a reveal isn’t likely anytime soon. Current thinking is the refreshed Allroad could debut either late this year or early next year as a 2020 model, or possibly even later for the 2021 model year.