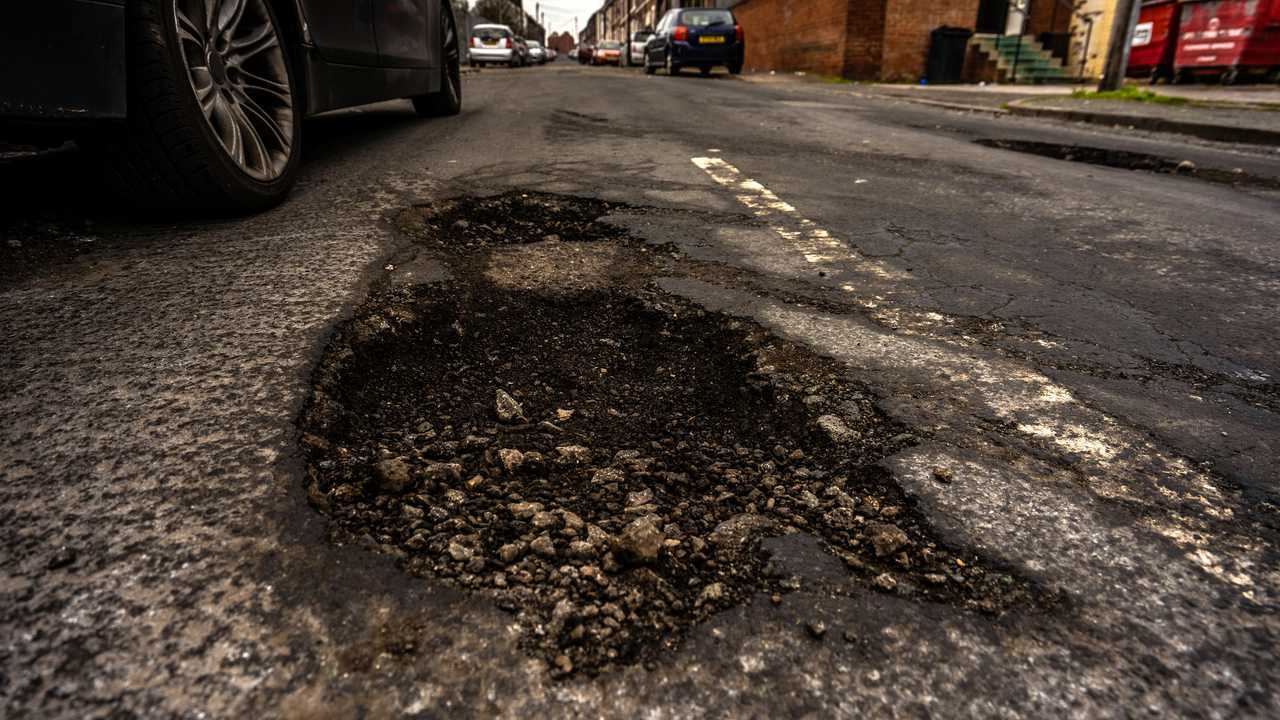 But it's not all good news, the RAC says.

The state of Britain’s roads may in fact be improving slightly, despite the ‘pothole plague’ that swept the nation in the early part of last year.

Data from the RAC showed that the organisation attended around 13,000 breakdowns attributed to poor road surfaces - the equivalent to 1.4 percent of its total callouts. That’s a smaller percentage than the 1.6 percent seen in 2017.

Pothole reports rocket with more than half a million

The improved figures were helped by a mild end to the year, which saw just 1,714 callouts due to pothole damage during the final three months of the year - roughly 0.8 percent of the RAC total callouts during that period.

That’s the lowest proportion of pothole-related breakdowns in the fourth quarter since 2013.

However, the RAC said the pothole crisis remained a major issue, with the organisation’s pothole index showing that drivers are two-and-a-half-times more likely to have a breakdown caused by the road surface than they were in 2006.

RAC spokesman Simon Williams said the numbers were encouraging, but that the coming winter would be an acid test of the country’s roads.

“Data gathered from the breakdowns RAC patrols attended in the final three months of 2018 shows a slightly more encouraging picture in relation to the quality of UK road surfaces,” he said. “Unfortunately, while this is better news we are far from having the beautifully smooth roads that motorists would like.

“Those responsible for our roads have much to do to restore drivers’ faith as too many suffer the consequences of potholes on a daily basis. The next two quarters will be particularly telling if temperatures plummet and water gets into road defects and freezes and expands causing further deterioration in surfaces.”

And Williams also reiterated the RAC’s call to ring-fence fuel duty to pay for fixing the country’s torn tarmac.

“We know local authorities are fighting an uphill road maintenance battle due to the difficult choices they have had to make in terms of where they spend their money,” he said. “This is why we believe central government needs to give councils increased money for roads by ring-fencing a proportion of the existing £28bn they receive in fuel duty every year. This would help councils plan ahead more effectively, shifting focus away from just reactive maintenance to preventative action which would help stop potholes occurring in the first place.

“We feel it would be far fairer to road users if more of the tax generated by drivers was put towards the repair and maintenance of local roads. From April 2020 the National Roads Fund will come into action with the £6bn brought in from vehicle excise duty each year being ring-fenced for road maintenance and improvement as part of the Road Investment Strategy. We believe there is a need for a similar fund for local roads that can tackle the backlog of maintenance over a period of 10 years. The one-off cost of bring roads in England and Wales back to a fit-for-purpose state is estimated by the Asphalt Industry Alliance to be £9.3bn.”